Blender 2.5 alpha was released a month ago, and this first testing release of the 2.5 series comes packed with lots of improvements and changes. Obviously, since this is an alpha release, there are some missing or incomplete features, but development has continued alongside the Durian project, and already a lot of new features have been added. One of these new features is Indirect Diffuse Lighting for Aproximate Ambient Occlusion.

In this tutorial, and, after a brief introduction to the new interface and locations of different features, we'll build a small scene and light it with AAO and indirect lighting. 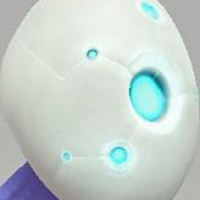 Roberto Roch
Roberto Roch is an aspiring 3d artist, with a passion for game art. He meant to create a small interactive demo with Blender so he started gathering the skills needed to develop it. However, the first stage was concept art and he got stuck with learning how to draw since then. You can check if there's been any progress at thisroomthatikeep.blogspot.com.
Weekly email summary