After more than a hundred blockbuster titles, the Tuts+ Hollywood Movie Title Series comes to a close with the creation of the Pacific Rim V2 title animation. You'll begin in After Effects and examine the particular coloring technique used to render the video's 3D logo, and then jump into Cinema 4D to model and animate the falcon emblem. From there it's back to After Effects where you'll look at splitting the lens-flares and adding additional smoke particles to the footage.

The actual Pacific Rim V2 title example is being used for training purposes only and is not to be used in a personal project, without permission from the original creators. 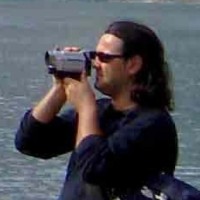 Antonio Cerri
I am a freelancer in web, graphic and motion design for about 12 years. When he was young, I was always fascinated by the world of digital visual effects and 3D Motion Graphics, with a focus on impacts futuristic hi-tech. My passion for this work has grown increasingly, thanks to continuous research, but mainly thanks to experimentation, mixing all the graphic visual disciplines "Photography, Design type font, sound effects FX, etc.." For me it is very important, that at the end of writing work, they remain surprised and satisfied. For information and questions, please contact me through my website.
Weekly email summary