When creating an animal or character for use in a modern game engine, an essential part of the process is sculpting a high-poly mesh to be used for generating normal maps, ambient occlusion maps, and anything else that may be needed to make the final result look realistic.

Every few weeks, we revisit some of our reader's favorite posts from throughout the history of the site. This tutorial was first published in August of 2009.

In this tutorial you will learn the key theory behind how to set up your low poly mesh appropriately, and the best way to go around sculpting to get the desired level of detail. This tutorial covers the creation of a Rhino, but when you are finished, you should be ready to start sculpting any organic model you like. 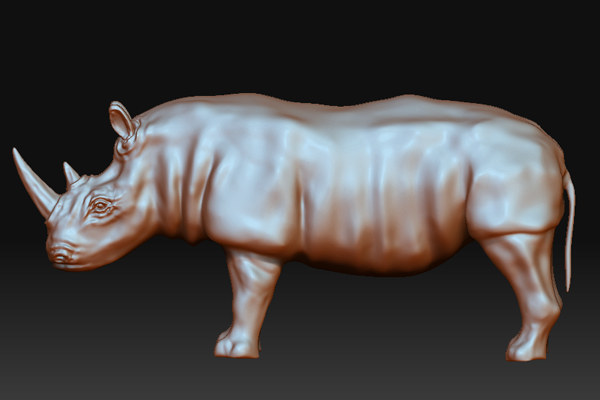 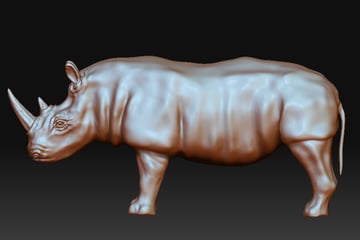 ZBrush3D
Did you find this post useful?
Yes No
Would you like to provide feedback (optional)?
Cancel Submit
Want a weekly email summary?
Subscribe below and we’ll send you a weekly email summary of all new 3D & Motion Graphics tutorials. Never miss out on learning about the next big thing.
Sign up

Daniel Holden
I am a freelance digital artist from London, and currently studying computer science at Edinburgh University. I have been doing digital art for several years now, but my main passion is creating artwork which can be rendered in real time. The tricks and techniques used in this field fascinate me. I'm interested in all areas of art, and really love music and literature. If I don't become a professional 3d artist I'd love to be fiction writer.
Looking for something to help kick start your next project?
Envato Market has a range of items for sale to help get you started.