In today's quick tip, new Cgtuts+ author Santiago Degetau will show new users how to create a basic render setup with lighting and Global Illumination in Cimema4D. Although there are a many ways to create a render setup, what we'll be creating today is going to be very simple, but will be a good fist step towards creating your own renders. So, let's create a new project and get started!

First add a new Sky Object, by going  to Objects > Scene > Sky. Then create a new material, and call it "Sky_Mat". Open the material, and in the Color Channel apply a "2D - V" Gradient from light blue to white. Do not forget to uncheck the Specular Channel. Finally apply this material to the Sky Object. 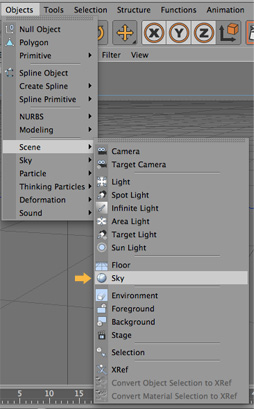 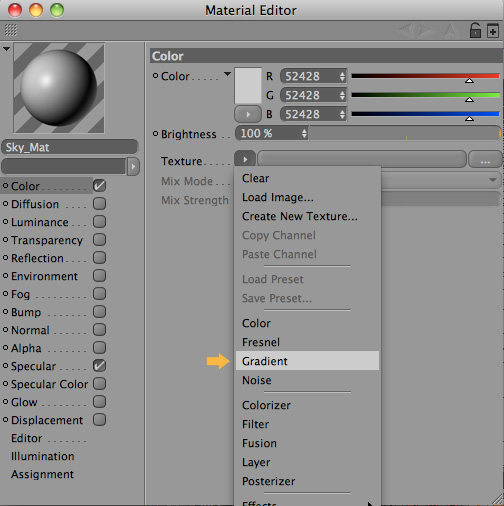 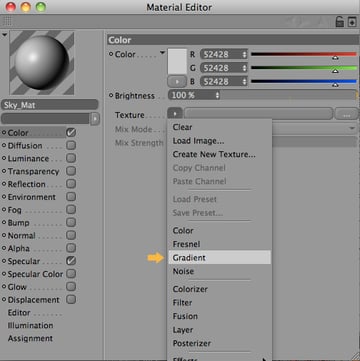 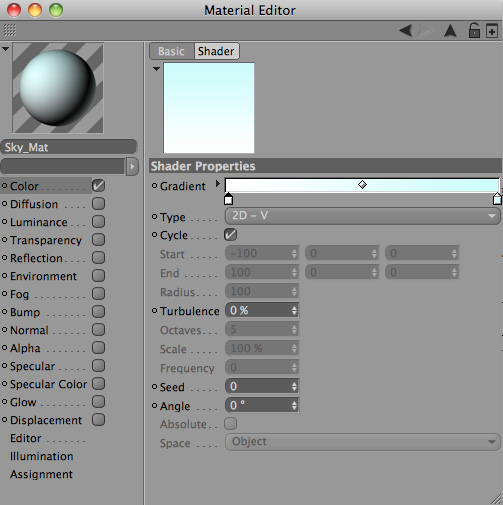 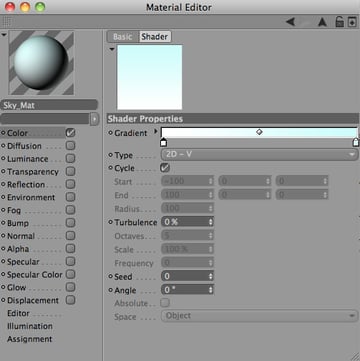 Now let's do a quick render (Ctrl + R | Command + R), and the gradient we just applied will show up.

Now that we have created the sky, let's create the floor. To add a Floor Object go to Objects > Scene > Floor. 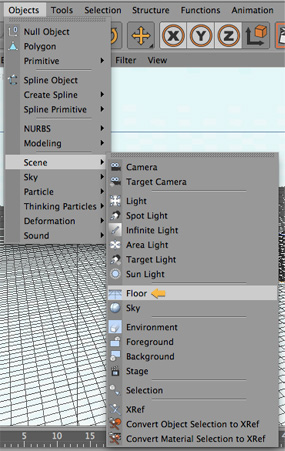 Let's create a new material for the floor and name it "Floor_Mat". Open it and select a white color in the Color Channel. Now uncheck the Specular Channel and finally apply the material to the floor.

If you render the scene now, you will notice that the scene looks very poor with low definition, but we will fix that right away.

Go to Objects > Scene > Light. This will create a default light. Move this light up and render the scene (Ctrl + R | Command + R). You'll see that the scene still looks bad. I'm pointing this out because I want you to see the difference between every step, so that you learn more. 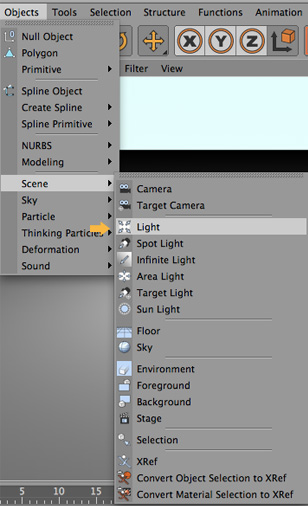 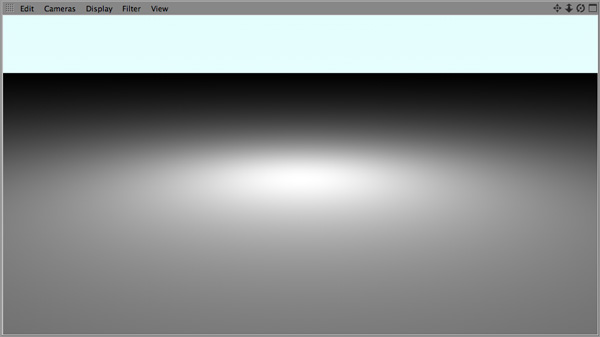 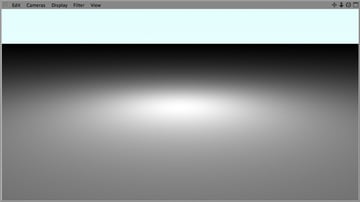 We need two fundamental colors on this scene. One hot and the other one cold. The sky is the cool color, and the light we just added will be the warm color. So change the color of the light to a pale orange. 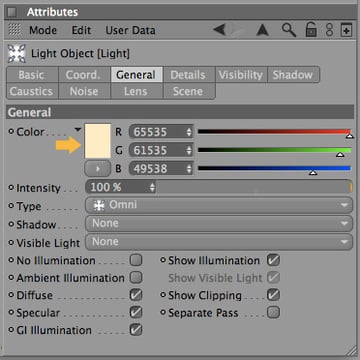 Finally change the Shadow from "None" to "Shadow Maps (Soft)". 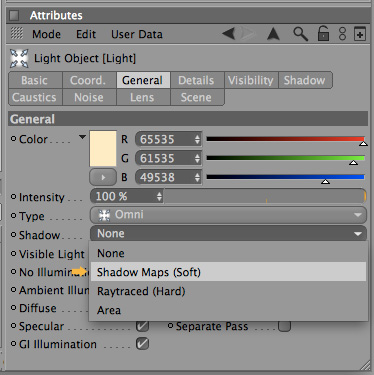 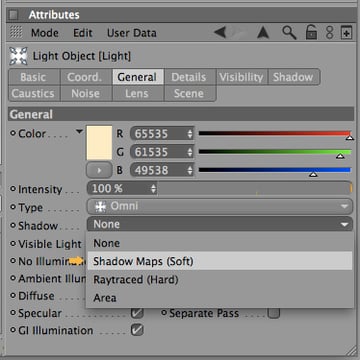 Now we are going to add the "Magic ingredient". The thing that makes this scene look good: Global Illumination. Basically what GI does is create very realistic lighting by not only using the light that comes directly from the light source, but also the light rays that are reflected on other surfaces. In other words, GI lights up every part of the your scene. To add Global Illumination, go to Render > Render Settings (Ctrl + B | Command + B). Now click on the 'Effects...' button and from the drop down menu select "Global Illumination".

As you will see, the scene looks very, very bright. To avoid this, lower the brightness of our light to around 23%. Render it again, and see the difference. 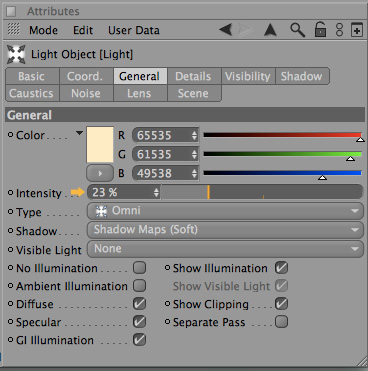 OK, now let's add an object to our scene. Insert any primitive object and then apply any material to it, and see what your render looks like! If necessary, move the lights around and lower or increase the brightness of the light. The material I used includes a bump channel with an FMB noise applied.

Go to Render > Render Settings (Ctrl + B | Command + B) and go to "Anti-Aliasing", change the Anti-Aliasing of Geometry to "Best". This will make sure that the transparency and reflections have better definition, but be warned. More Anti-Aliasing = longer render times.

Now lets create a camera. So go to Objects > Scene > Camera. And play around with its position until you find an angle you like. 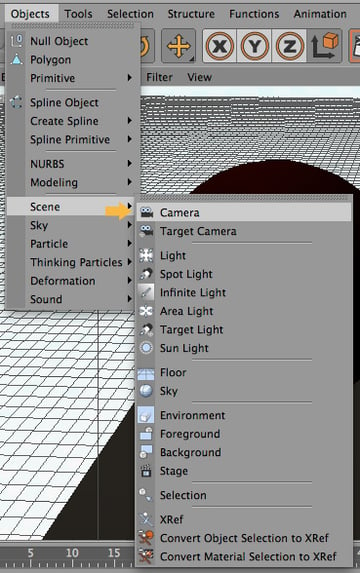 Then go to Render > Render to Picture Viewer (Shift + R). And finally save your final render as a JPG. And that is it! 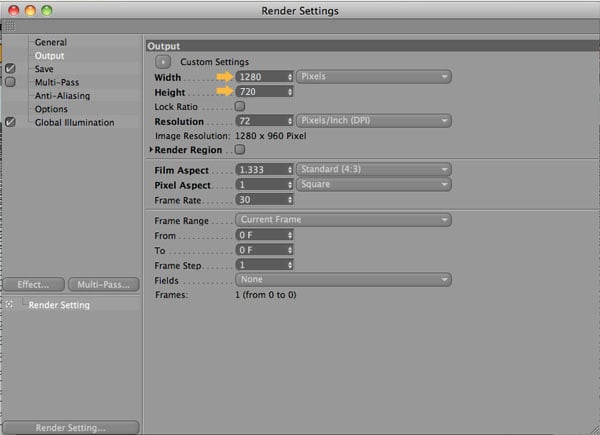 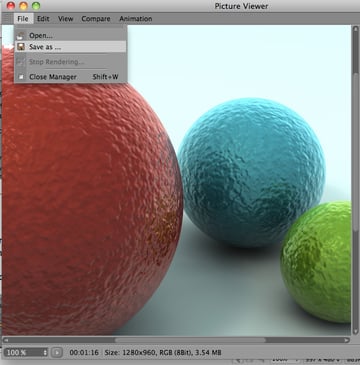 Hope you liked the tutorial! 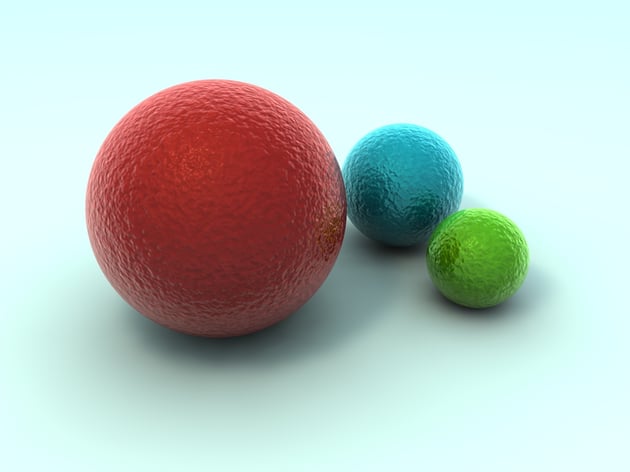 Cinema 4D3D
Did you find this post useful?
Yes No
Would you like to provide feedback (optional)?
Cancel Submit
Want a weekly email summary?
Subscribe below and we’ll send you a weekly email summary of all new 3D & Motion Graphics tutorials. Never miss out on learning about the next big thing.
Sign up

Santiago Degetau
I am a 13 year-old Mexican designer. I am interested in web design, graphic design, game programming, and motion graphics. I am currently working on expanding my portfolio. I hope you enjoy my tutorials and articles!
Looking for something to help kick start your next project?
Envato Market has a range of items for sale to help get you started.