Making of “The Tunnel” in Maya and Photoshop: Part 1

In this tutorial you will learn how to create a fantastic tunnel scene in Maya, and then add some final lighting touches in Photoshop. You will follow Abed Ibrahim through his process of modeling, texturing, shading, and rendering techniques, and finally arrive at the spectacular result that is shown here.

Click on the image to open a High-Rez version.

Create primitive poly Cylinder, name it "Tunnel", and then modify the attributes as in the following image. *Be sure to name every new shape you create, as it will make selection easier later on.

Rotate the "Tunnel" on the 'X' axis, and then scale it as in the following image.

Select the face that is facing in the 'Z' direction, and extrude it to
a value of '164'.

Create a primitive poly Plane, name it "Street", and scale it as in following image. 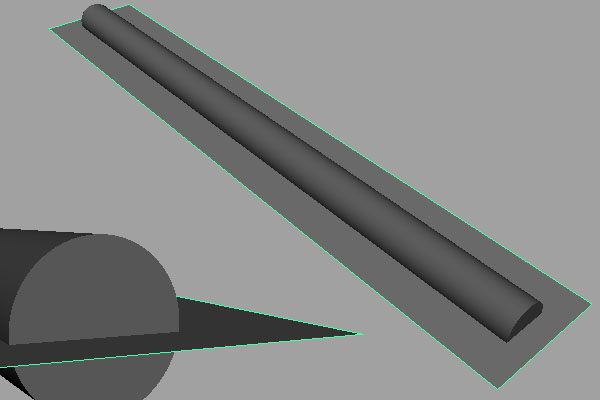 Create another poly Cylinder, with a "Subdivisions Axis" of '32', and then
place it on the street near the "Tunnel" walls. 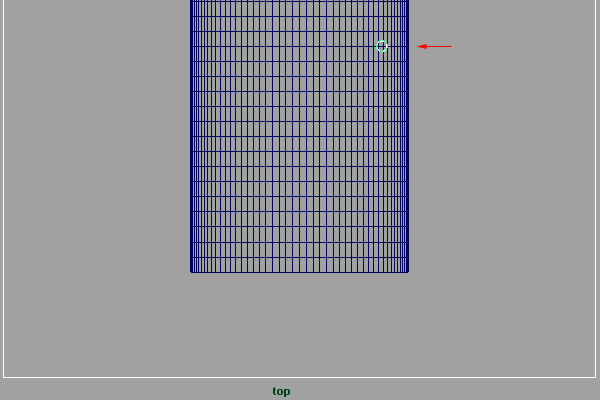 Select the "Street" object, and the new cylinder, then go to
“Mesh > Booleans > Difference”. 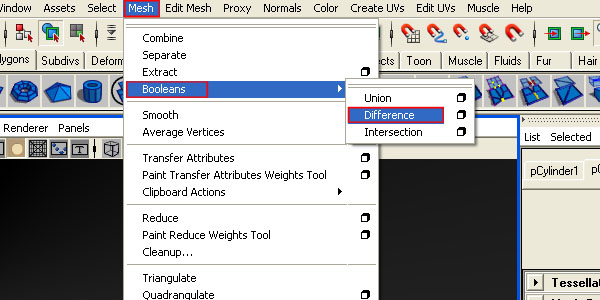 Select the inner face, and then pull it up and scale it in a little. 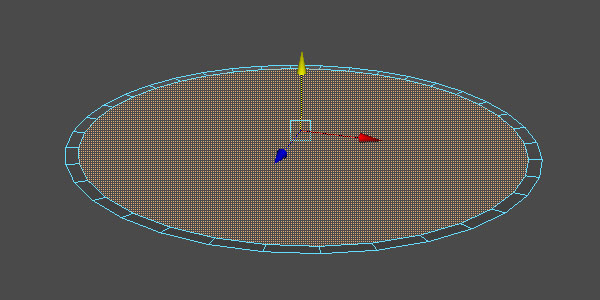 Create a poly Cube, and scale it as in the following image. 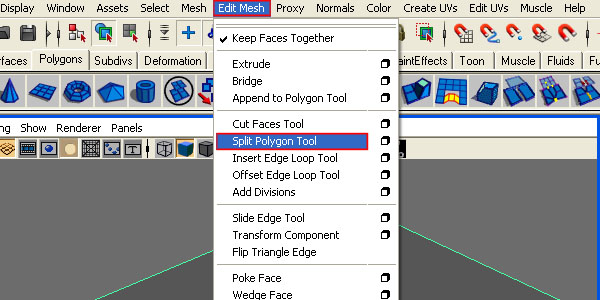 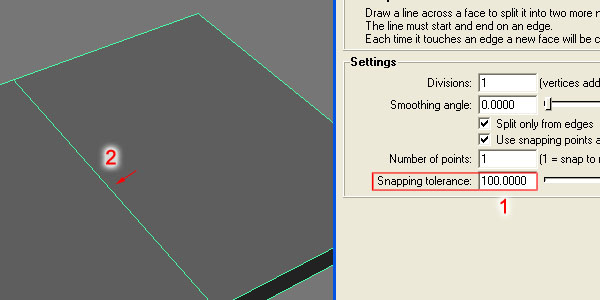 Move the new edge a few degrees on '-X', and then extrude the face up.

Move the shape, and place it exactly by the wall on the right side of the street.

Now scale and translate the sides of the shape to match the length of the Tunnel.

Create a poly Plane with no subdivisions, and then scale it as in the following image.

Now align this long poly Plane exactly with the "Street" object, name it "Street Line", and then go
to “Edit > Duplicate”. 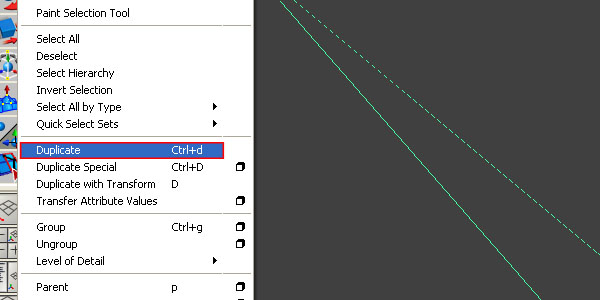 Keep on duplicating the “Street Lines”, until it looks like the following image. 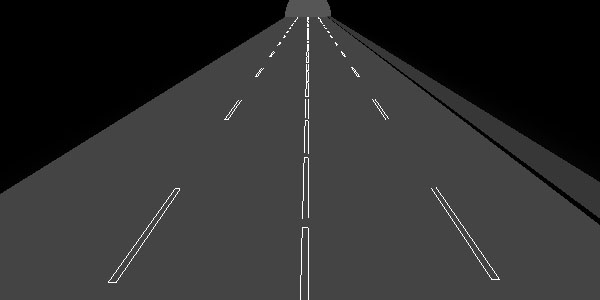 Create 2 poly Cylinders, and scale them to match the street length. They will be representing the car brake lights in fast motion, so name them "Brake Lights". 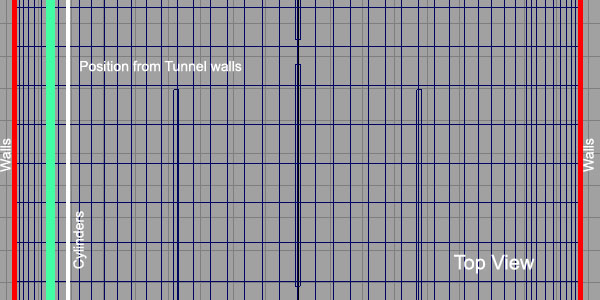 Do the same for the right side of street, but this time
create poly Planes instead of Cylinders. Now give them an 'X' Scale value of '0.025', rotate them to '-44.50' on the 'Z' axis, and then extend them to the length of the street.

Raise the 2 poly Planes a few degrees above the street surface, and then place them on the right side as shown.

Create a point light with the following settings. 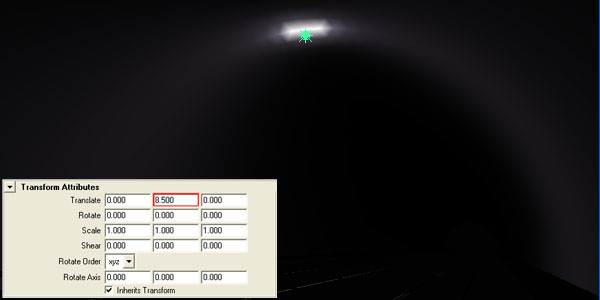 Duplicate the lights along the length of the tunnel. You can press “Shift + d” after the first duplication, so that it will copy the transformation too. 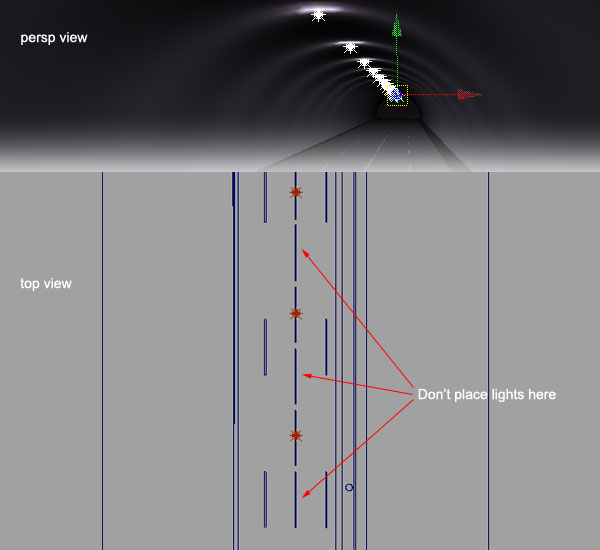 Now it's time to create your “Render Camera”. Go to “Create >
Cameras > Camera”.

'Attribute Editor' for the camera, enter the following values. 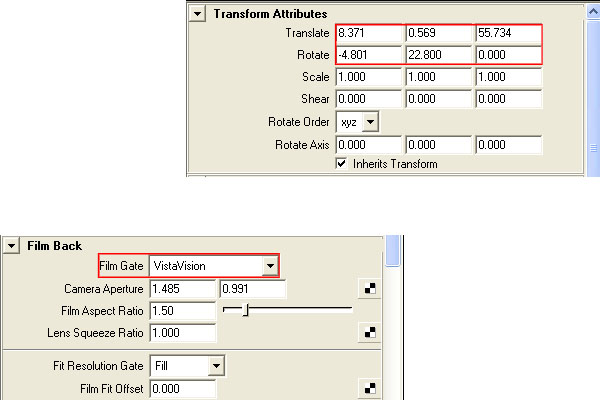 Activate the “Resolution Gate” as shown

Select the camera, and in the “Channel Box”, highlight the attributes by holding “Shift + LMB”, then “Right click > Lock Selected”. This will lock these basic attributes to avoid moving the camera by mistake. 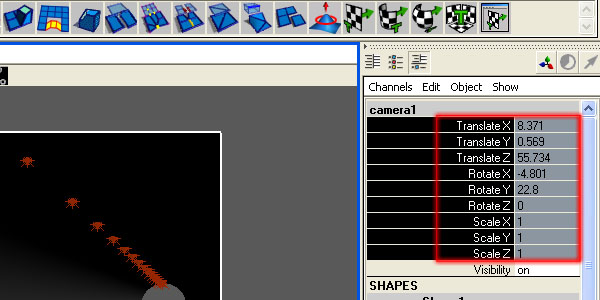 The modeling stage is now complete. If you render your scene in Mental Ray, it should look something like this (although I brightened it a bit in PS, so you could see the scene more clearly). 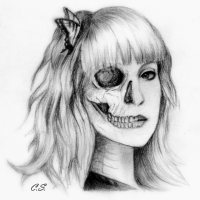 Abed Ibrahim
The name is Abdulmajeed Ibrahim, but most call me abed or abdo. I have been working as a 2D/3D Artist since 2002, and I am proficient in Maya, After Effects, Zbrush, all Adobe products, audio editing software, and more. I always learn new stuff, and try not to waste time, because there's always something to do in this field if you love it. I am now working as a contract freelancer for some companies in the UAE and Jordan.
Weekly email summary