I decided to record this video, because I noticed that there are many After Effects artists who don't know how to deal with interlaced video to be delivered to television. Many of us treat the interlaced feature of the footage as something that has to be removed at once. Don't de-interlace everything you get. When you deliver something to TV, you can benefit from interlacing.


In this tutorial I try to explain what interlacing really means, why the television works this way, and how we should deal with the interlaced nature of TV. Did you know that progressive footage may sometimes be rejected by the TV station? Why does your footage look a bit different on a TV set, even if it is progressive LCD or plasma? Why do TV shows look different than movies? Is this only because of the color correction? I try to answer those questions. Simple as that. Don't expect to see any fancy, exiting techniques. Just knowledge that may help you not to make little mistakes. 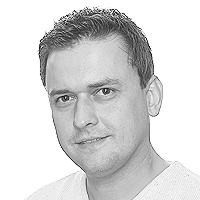