How to Speed Up Your Workflow in Maya Using Hotkeys

Hotkeys/ Shortcut keys play a pivotal role in any software and can speed up your workflow immensely if you use them frequently and wisely. In this tutorial I will let you know about some of the shortcut keys found in Maya. I will not only tell you about these shortcuts, but I’ll show you how to use them too.

There are many hotkeys in Maya, but lots of people don’t know about all of them. So today I will tell about some of the most important ones for the functions we frequently use while working in Maya. So let’s start.

First, let's open Maya. I would like to advise you to use Maya 2009 or greater. The first shortcut key that I want to tell you about is “G”. “G” is the shortcut key to recall the last used tool.

As you can see in the tool box below, the last tool which we used is shown there. We can pick that tool from there or by pressing G. So G is the shortcut key to recall the last used tool.

There are some tools in Maya which don’t appear in the tool box, where the last used tool appears. For example, if you want to Merge two vertices, you have to go to Edit Mesh > Merge. 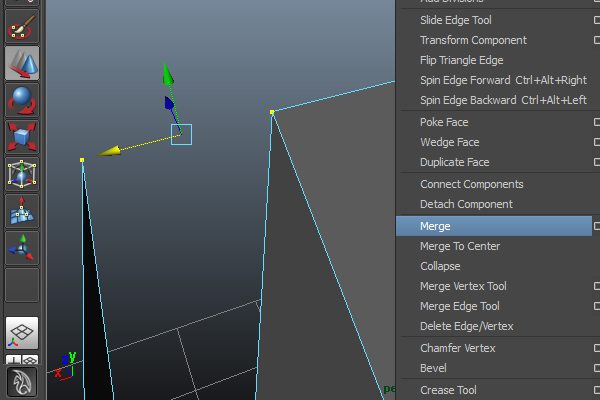 Sometimes we work on scenes which have one or more objects, and feel the need to hide some of the objects from the viewport. So to Hide selected objects, press "Ctrl + H".

In reverse, if you want to see the last hidden objects, then press "Ctrl + Shift + H" (this also shows up in the Command line.)

So now press and hold the "D" key. Remember, don’t release the D key, keep holding it. You can now see the pivot point. 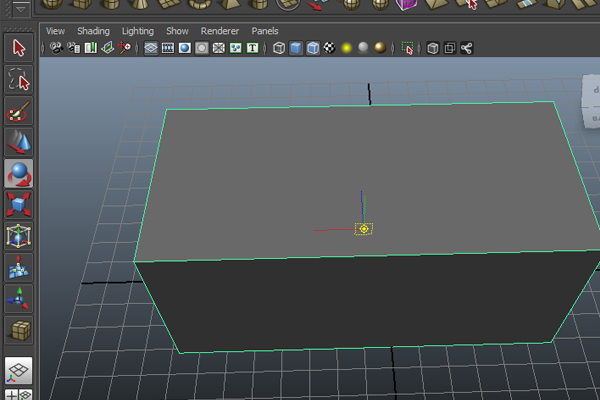 While still pressing and holding the D key, drag and move the pivot to the corner of the box.

Once the pivot point comes to the corner, release the D key and you can see the Rotate pivot is now at the box’s corner. You can now rotate it from the corner instead of the center. 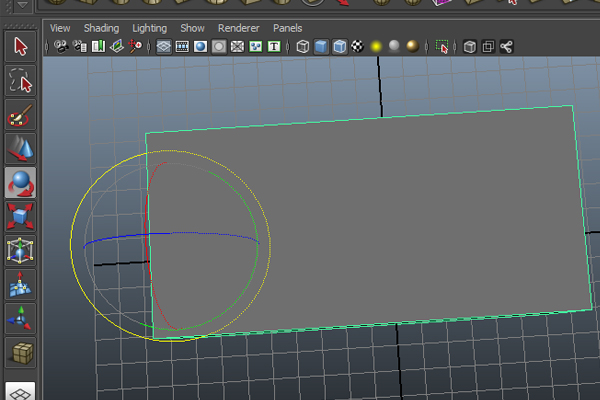 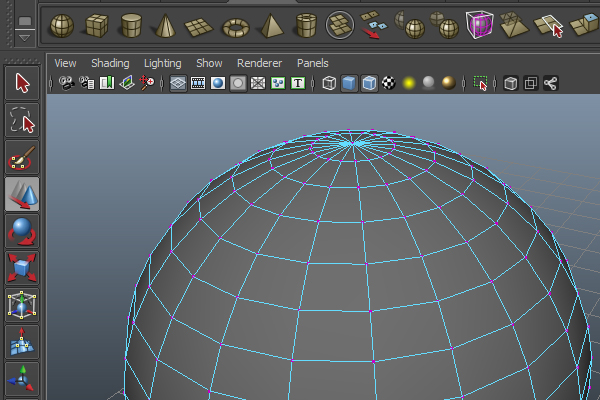 And to quickly go into UVs mode, just press "F12". 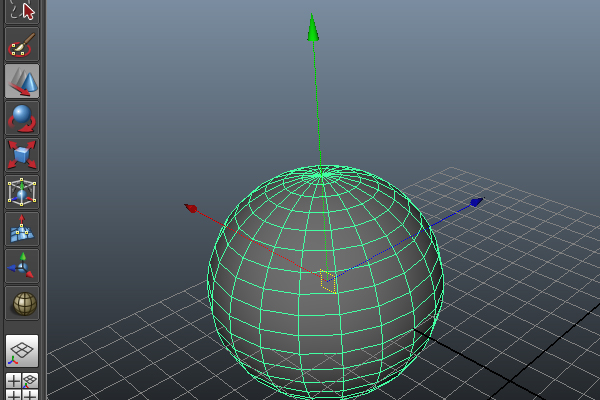 And press the ‘-’ (minus) key to decrease the size of the Pivot.

You can change the options of the Main Menu Bar according to your needs, like Animation, Modeling, Dynamics etc. Press "F2" to jump into Animation mode.

And finally, press "F6" to jump into Rendering mode.

Sometimes we need to smooth objects while modeling, because we want to see how the object will look after applying the smooth modifier. You can press “3” on your keyboard to quickly view how your model will look smoothed. 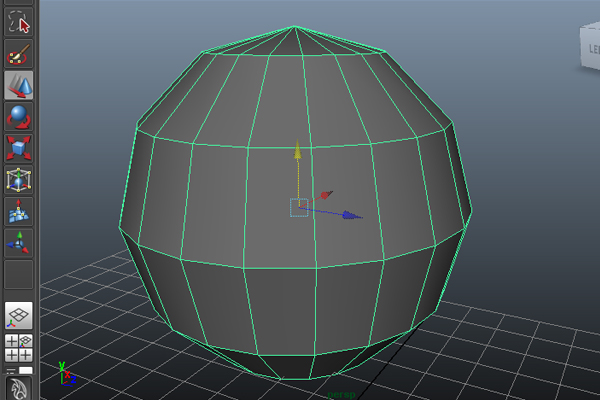 And then to go back to the unsmoothed object, press “1” on the keyboard. 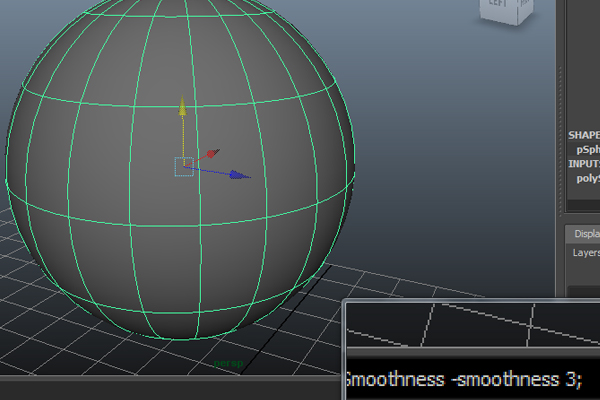 If you want to see your model in wireframe mode only, press “4” on your keyboard. 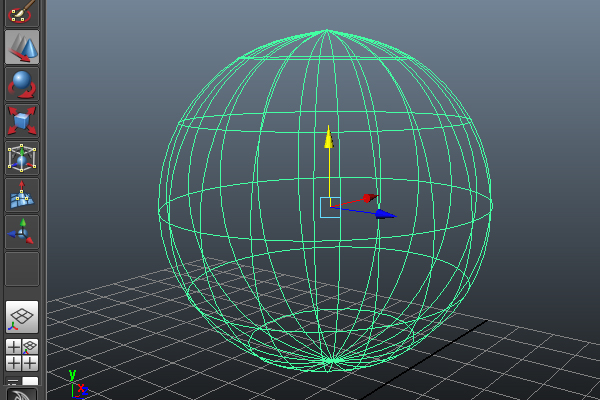 And if you want to see it in shaded mode, then press “5”.

If you want to make a duplicate (copy) of an object, select the object and press "Ctrl + D". And then move it with the help of the Move tool.

To toggle between the Attribute Editor and Channel Box, press "Ctrl + A". 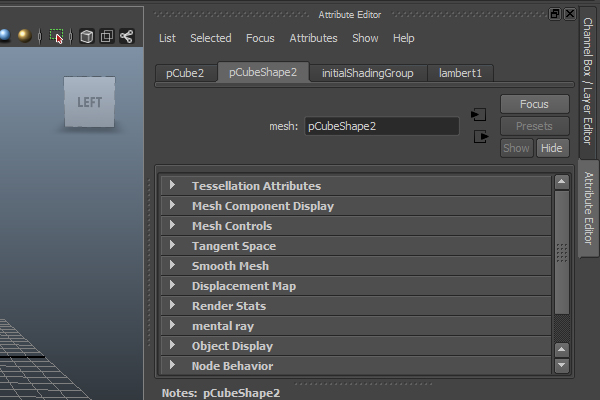 If you want to make an object the parent of another object. Like for example, if you want to set a Box as the parent of a Sphere. Then you have to select the Sphere first, and then select the Box and press “P” on the keyboard. Now if you move, rotate or scale the Box, the Sphere will also act accordingly and follow it at all times. To break the relation, select the objects and then press “Shift + P” on the keyboard. 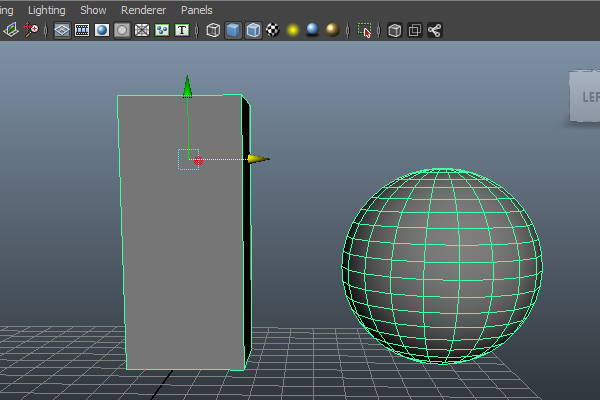 When you make an animated sequence and you want to play the animation, you have to click on the Play button on the time slider. The shortcut key to turn playback on/off is "Alt + V".

Now if you want to move the Time Slider one frame forward in the Timeline, Press "Alt + ." (period)(full stop), and to move backward, press "Alt + ," (comma). 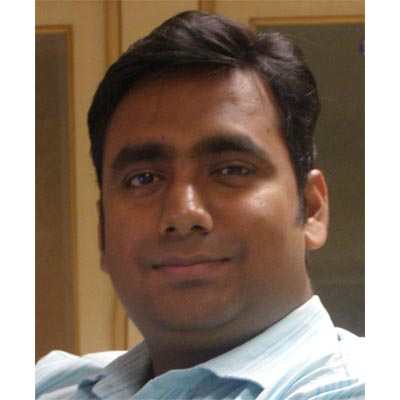 Chandan Kumar
New Delhi, India
My name is Chandan Kumar and I am a CG and VFX artist/trainer from India. I am also a lecturer of animation and VFX in Amity University, Gurgaon.
Weekly email summary
Subscribe below and we’ll send you a weekly email summary of all new 3D & Motion Graphics tutorials. Never miss out on learning about the next big thing.
Advertisement
Translations