Deconstructing the Mountains of TRON: Legacy with Joel LeLièvre

When TRON was released way back in 1982, it blew people's minds with it's cool visual style and cutting edge effects. And it's sequel, 2010's TRON: Legacy was no different. The film featured amazing art direction, stunning visuals and some of the coolest effects we've seen yet.

Today we're welcoming one of the men responsible, Visual Effects Artist Joel LeLièvre, who served as a CG Supervisor on the film. In this tutorial, Joel will take you inside Tron: Legacy where he'll deconstruct one of the many shots he worked on for the film. And show you how he used a combination of 3D Studio Max and PFlow to create a versatile system used to construct the distinct mountains seen in the film's Solar Sailor sequence.

Note* All images and references of TRON: Legacy, used in the making of this tutorial are the property of Walt Disney Pictures. 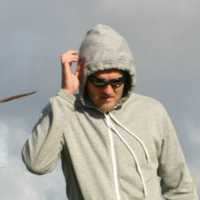