In Part 7 we're going to talk about Node Tree Structures. Serial nodes or the Output goes into the next Node. The second Node follows the first one and every change in the second Serial Node is applied upon the first. If you switch them... the final result will change.

You can apply two or more overlapping adjustments to a single place in a node tree. You can use the Parallel Node structure when you want to apply several Secondaries or different changes all at once (in one stage). You can't make any changes in the Output Image of the Nodes (all are made inside the parallel nodes before).

When you add a Parallel Node to an existing Node, DaVinci Resolve automatically adds one Corrector
Node below the current Node, and adds a Parallel Mixer Node to its Output. Every single Parallel Node takes their input from the previous Node.

If you want one Node to overlap the others in the Parallel structure, you need to switch to Layer Mixer! This gives you the opportunity to choose between several composite modes.

This is basically the same as the Layer Mixer in Parallel Structure Nodes, but with several differences.

We are going to see more complex examples of Node structure in the Bonus Tutorial in Part 10... If you want additional tutorials about Custom Looks inside DaVinci, How to structure them, or any other DaVinci-related topics to make your life easier, just drop a note in the comments!

See you next week! 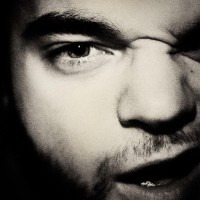 Bran Hvítabjörninn
I've been a film director for 10 years now and a cinematographer for the last 7. As there are few colorists in Bulgaria, I started to color grade my projects 5-6 years ago. For the last 3 years I have only used DaVinci Resolve.
Weekly email summary