Today new Cgtuts+ author Omar Latif will give us an overview of how he created his transforming mobile phone ad using Autodesk Maya. This tutorial is a must read for anyone interested in learning how to create the always popular, transforming effect. Let's have a look!

Hello everyone and welcome to this tutorial. In this tutorial we will be creating the transforming effect, which you can see in the Mobile phone AD in the video above, you can download the mobile phone model from the Premium section!

This tutorial is not meant to be for beginners, it will be intermediate to advanced and we will focus on specific techniques, rather than focusing on tools. Although we will be explaining everything in Maya, the techniques are general and could be applied in any 3d package. We will pass through the modeling, shading, rendering stages, but we will be focusing mainly on the planning, animation stages of the process because there lies the trick.

Planning:
First off, in order to understand how any effect is achieved we will have to plan well for it. The first step in the planning process is gathering reference, observing it deeply, and analyzing it. I had two sources I took as reference when I animated the phone commercial.

These references were for transforming from one object to another, and in this tutorial we will be using the same technique to do the effect for transforming mobile phone parts into others. If you observe the Sony commercial carefully, you will notice several things that must be taken into consideration.

Modeling and animation are tightly related, because the way you model the mesh determines how you can split it, and animate it, so I will talk briefly about the modeling stage. First I must assure that the general modeling guidelines are kept in consideration, preserving quads if possible, keeping clean and smooth geometry with smooth edge flows.

Keep a reasonable amount of polys. Don’t subdivide the geometry more than needed because this will make the splitting and animation process harder. Keep the smoothing for the final rendering stage.

Splitting the Geometry:
The pattern in which you split geometry in very important, because it defines the shapes, type and complexity of animation you will have to do later. Here I will be demonstrating how to split the Speaker of the mobile phone. The rest of the phone parts are done in the same way.

Note This is not the only, or the ultimate way to split your geometry. 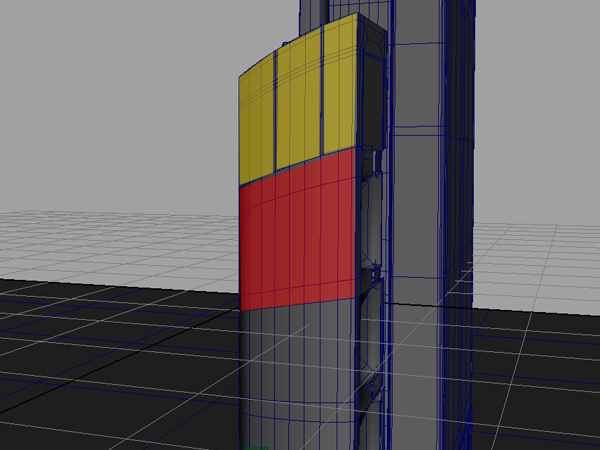 We then continue extracting the rest of the geometry in the same manner. We will end up with the following pieces. 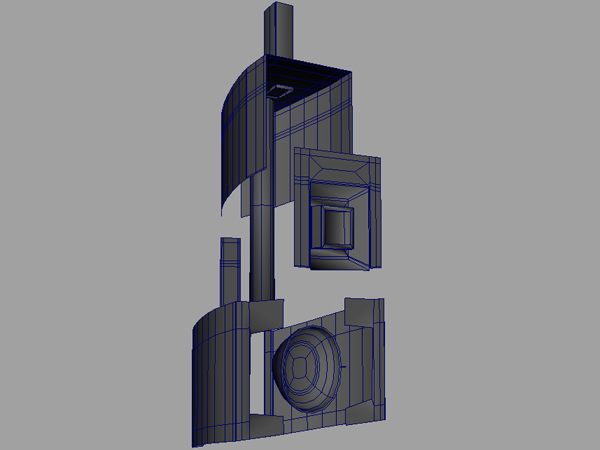 One important thing to note. When you extract your geometry parts, in order to get the final smoothing correct. We must add edge loops to tighten the borders of the geometry.

This is before the edge loops were added: 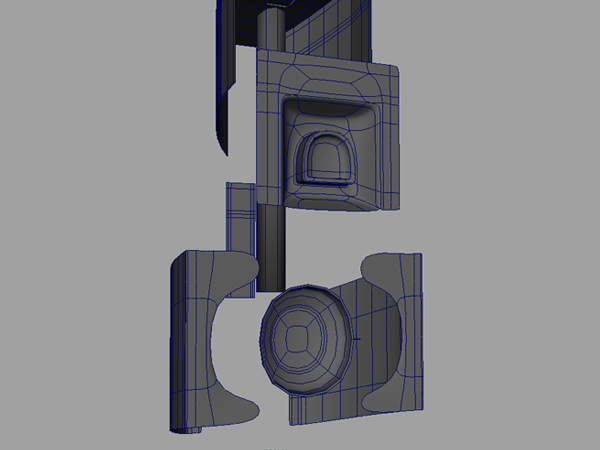 And this is after:

After splitting the geometry into logical pieces. We come to the animation process. First, we want to make sure that the pivot of each piece is placed in the correct position. For example the speaker piece in the image below must have the pivot at its back end, in order to create the rolling effect.

Note: To move the pivot, press insert and move it. You can also use vertex snap by pressing V and clicking the middle mouse button on the vertex you want to snap to. Now that we have adjusted the pivots correctly, we are ready to begin animating.

The main animation we'll use to create the effect is scaling and rotating the objects. We key all the parts in their final position at frame 36. In order to keep their position to form the final shape correctly. We start with the very first part that we want to appear, in this case the speaker metal handle at the back. We scale it up from 0 to 1 in X axis in a three frames period, in order for it to get its shape. We then scale the second part from 0 to 1 on the Y axis. In another 3 frames that start after the first one finishes (frames 3 - 6)

We continue scaling up the pieces until we reach the side pieces of the speaker. Here we will do a rotation along the pivot, which is shown in the image.

We continue rotating the pieces and scaling them, keeping the overlapping between different parts, as shown in the next step.

Note: That different parts are not moving at the same time, there is 1 -3 frames offset between them. You are not limited to exactly the way I did it here.  I am explaining a way to do it, so feel free to employ your artistic capabilities to get different looks.

As I mentioned previously, animation principles apply in every motion, and here as well. We will now be adding follow through to the speakers after they close and reach their resting position, by making a subtle inverse rotation, and then making them rest again into position. Now we have completed the animation. Next we will move into the shading section

Shading and Rendering:
The material setup was fairly simple, and the UV’s were planar projections along the front faces of the mobile phone, also I used a simple black and white HDRI Image. Mia material was used for all objects. The phone’s outer metallic part was done with the following setup.

The phone’s black plastic parts were done with the following material setup. 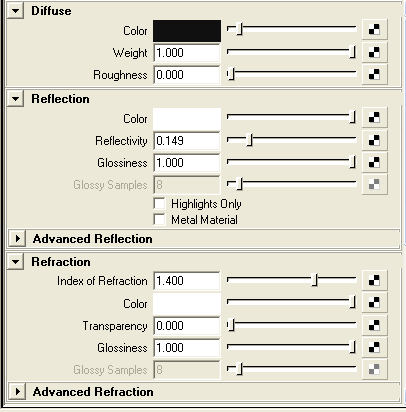 For the other metallic parts, such as the speaker handles, we use the following material setup:

For the lighting, two directional lights were used pointing at the model from the right and the left.  For the shadowing I used ambient occlusion.

And here is the final render output. 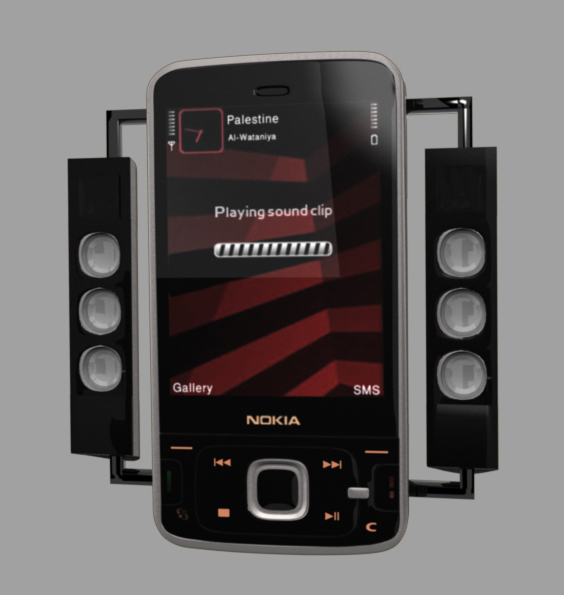 The two passes were combined in After Effects, with multiply operation on the AO pass. Finally, a minor color correction was done, with a slight tint of red to get the final output.

I hope you enjoyed this tutorial. For any questions, don’t hesitate to contact me at omar-al@live.com
Best. 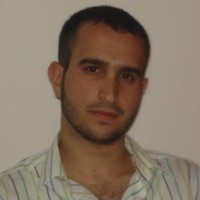