Start Maya. Open the file which was saved in the previous part of the tutorial.

To start with the head modeling, go to Create > Polygon Primitives > Plane.

Draw a small plane around the eye area.

In the side view, place the plane polygon in Z axis around the eye line area as shown in the following image.

I'll first create the eye outline. Press F10 to jump into the edge selection mode. With an edge of the plane selected, go to Edit Mesh > Extrude command.

With the Extrude command selected, extrude the edge 5 times around the lower eyelid as shown.

Following the same process, extrude the upper edge six times to reach the starting point. Now, press the F9 key to jump into vertex selection mode. To close the edge loop, select both the opposite vertices and then go to Edit Mesh > Merge command to merge the selected vertices.

So far, I have edited the eye only in the front view. To make the eye geometry curved according to the real eye, I have to work in the side view also. With the corner vertices selected, pull them back on the Z-axis in the side view to make the shape curved.

Press F10 to jump into edge selection mode. With two upper corner eyelid edges selected, extrude them up once to the middle of the eyebrow area.

Following the same process, select one lower corner edge of the eye and extrude and drag it down to the nostril area.

Create the mirrored part of the face for the right side. Before that, I must move the transform gizmo to the center of the grid.

After releasing the D and C keys, the transform gizmo appears at the middle of the face as shown in the image.

With the corresponding vertices of nose and forehead areas selected, go to Edit Mesh > Merge command to merge the selected vertices together.

Following the same way, I have merged two pairs of vertices under nose and forehead vertices.

With the first two lower forehead mesh edges selected, extrude it two times. After that, merge the associated vertices also.

For smooth mesh preview, press 3 on the keyboard and then extrude the eye border edges.

Extrude the edges once more and merge the corresponding vertices.

With the chick area edge selected, extrude it up to the lip out line and then merge it.  After that, arrange the vertices according to the reference image.

With the two edges selected around the upper lip border, extrude and move it little bit as shown in the image.

With the side edge of the nose selected, extrude it two times towards the nose and the upper lip as shown in the following image.

With the indicated edges selected, extruded them up to the nostril.

Keep extruding the upper lip faces to form the lip outline as shown in the following image.

Edit it in the side and front views too.

Go to Edit Mesh > Interactive Split Tool and intersect one edge as shown in the following image.

After inserting edge loops, edit the vertices both in the side and front views to shape them as the nose.

To add more details to the nose shape, I have split the polygons by adding one edge loop as shown in the following image.

Following the same way, split the nose faces twice more as shown in the following image.

Press 3 key on the keyboard to see the nose shape in the smooth preview mode.

With the nostril area faces selected, extrude and scale them down a bit as shown in the following image.

With the same faces selected, extrude once more and move them up inside the nose. It should look like nostril.

To add some more details, select the indicated edges of nostril and delete them by using Delete key button.

Now, split some faces for inserting edges to add more details as shown in the following image.

After inserting edges, I have edited the vertices both in the front and the side views to complete the nose.

In the next part of the tutorial, I will complete the rest of the face, head, mouth and eye modeling. 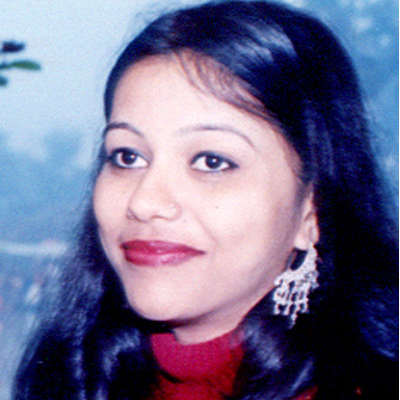