In this tutorial Mathias shows that corner pin tracking can do much more than just replacing some pictures on a wall. We are going to compose a wound on a moving head and use the Mocha tracker in combination with his script MochaImport. Trust me, this is so much easier then creating a real head wound! 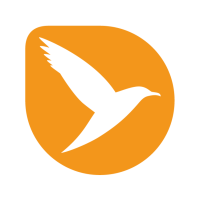 Mathias Möhl
I run the website Mamoworld where you can find useful tools and tutorials for After Effects. I like teaching and my goal is to develop tools that are both powerful and as easy and intuitive to use as possible.
Weekly email summary