In a very clever use of Trapcode Particular, this tutorial shows us how to create an effect that is inspired by the Bourne Ultimatum end credits sequence.

Learn how to create random 3d lines using particular. This effect was inspired from the famous "Bourne Series" end credits. Well it might not be exactly that, but I gave it a try and I hope you guys can learn something new from it and will experiment to create something of your own.

First create a new comp with settings as "NTSC Widescreen Square Pixel" and frame rate as 29.97. I have chosen these settings but if needed you can choose any preset you wish. 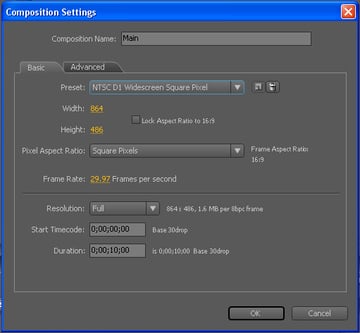 Make a new solid using "Layer>New>Solid" with the comp size and name it as "Particular". It is on this comp that we apply "Trapcode Particular". 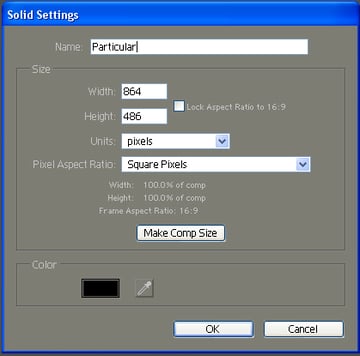 Right click on the layer and go to "Effect>Trapcode>Particular" and apply the Particular onto the solid.

In the settings for "Trapcode Particular" change the emitter settings as follows:

The plan here is that we need some basic particles to be emitted and we control the motion of the particles.

Also, change the particle and physics settings as follows:

A small problem here is that the No. of particles / sec should be optimized between your computer's performance and the formation of a clear line. So I would ask you to choose the value yourself. As of mine I experimented with it a little bit and chose the least possible value to get a perfect line.

The key to this animation is that we make use of the particles generated in Step 4 and move them in exact straight lines and we mark their path using the aux emission from the main particles.

Take a new camera using "Layer>New>Camera" and select the 35mm preset. Disable the Depth of Field if its already present. We will switch it on at the final step.

Now we use the graph editor and manual keyframing in order to change the wind direction from time to time. The max wind speed I used is 500, since this is crucial for a perfect line path. If you are increasing the No. of particles/sec in step 6 to a higher value you may need increase this more. But the key to this effect is turning on and off simultaneously of the wind speed in directions of X,Y and Z.

If you observe the animation you can clearly see the formation of lines in the same way. (i.e. all the lines move in the same direction at the same time). 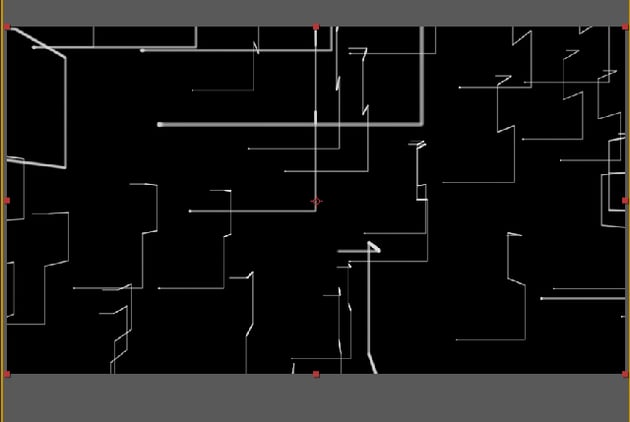 Duplicate the layer Particular to make a copy of that layer. Place it on top of the original layer. Change the settings of the particular of that layer as follows.

We change the settings of the position Z value of the emitter in order to get more Z depth to the animation and we also increase the emitter size to make more lines appear in the background and cover a lot of space. 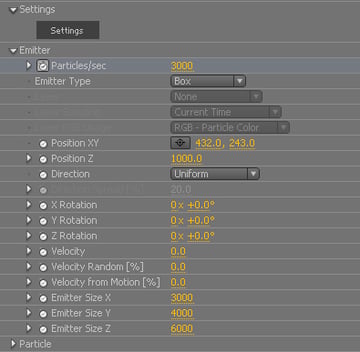 Now we will change the wind direction values and their order of occurrence in order to create randomness in the formation of lines as of Step 8. This is the boring part since we have to keyframe all the values for each sec gap but here is a small trick to ease the pain:

Using the values we made for the original Particular in Step 8, we copy the same values into this layer but at different directions. Example: I have copied the Wind X of original layer to Wind Y of this new layer and vice versa (Wind Y to Wind Z and Wind Z to Wind X). You do this by selecting the property you want to paste into first by clicking on its name then pasting.

Duplicate the Particular 2 Layer to make another copy of that layer and give the settings for the emitter as follows:

In order to have more lines and have a little randomness in the video, we only change the emitter size.

As you have done in Step 11, change the wind direction of the new layer.

Using the values we made for the "Particular 2 layer" in Step 13, we copy the same values into this layer but at different directions. Example: I have copied the Wind X of original layer to Wind Y of this new layer and vice versa (Wind Y to Wind Z and Wind Z to Wind X).

After these steps in the final animation you will find the lines moving in random directions.

If you want a greater depth into the values increase the emitter size and particles/sec in all the Particular layers.

Now we create a new composition with the same settings used before. This comp contains the information that you want to appear. I created a type layer "Indulgence". 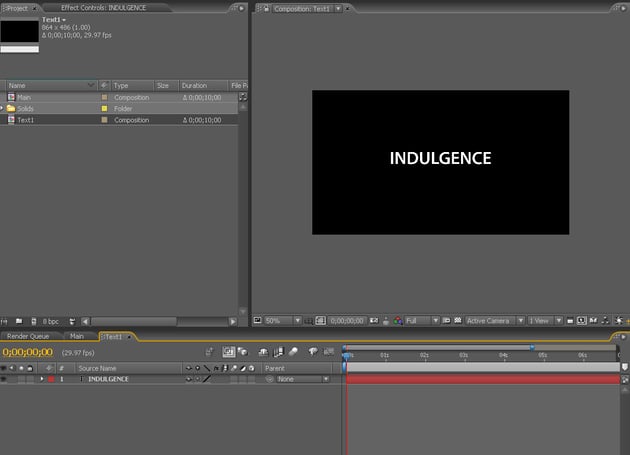 Create a new solid and apply Particular Effect to it. Then change the settings of the particular as follows:

Change the Particles/sec from 10 in the first frame to ) in the next frame. This makes the Particular release just one particle that we use in the following. You can also use 3d stroke in this part but the reason I chose particular is that I wanted to make the whole animation using just particular. 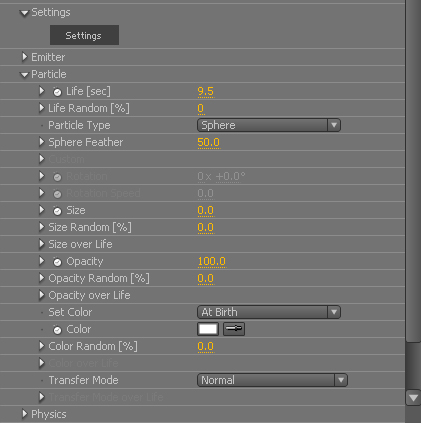 For the wind system you can copy the values from the particular layers that we made in Step 8 or you can re enter different values.

Go to Layer> New>Camera to use a new camera and position the particular such that it is best viewed. Make the text/image layer 3D and then adjust it along the line formed by changing the Z values so that it gives a depth feel. 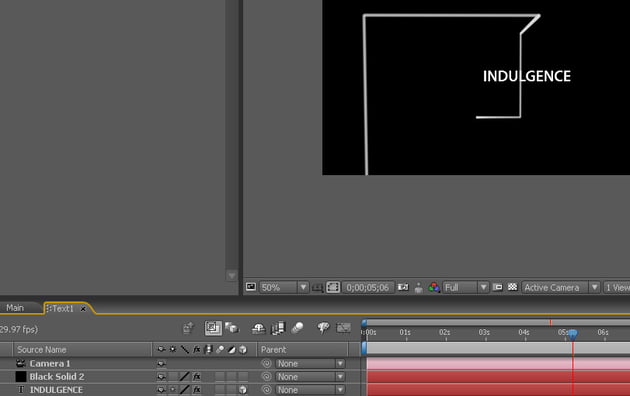 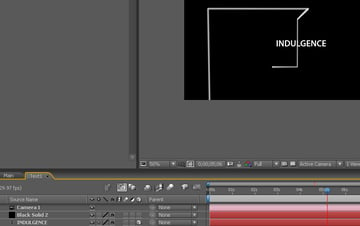 Apply a linear wipe effect to the type layer in order to make it appear as the line moves across it. 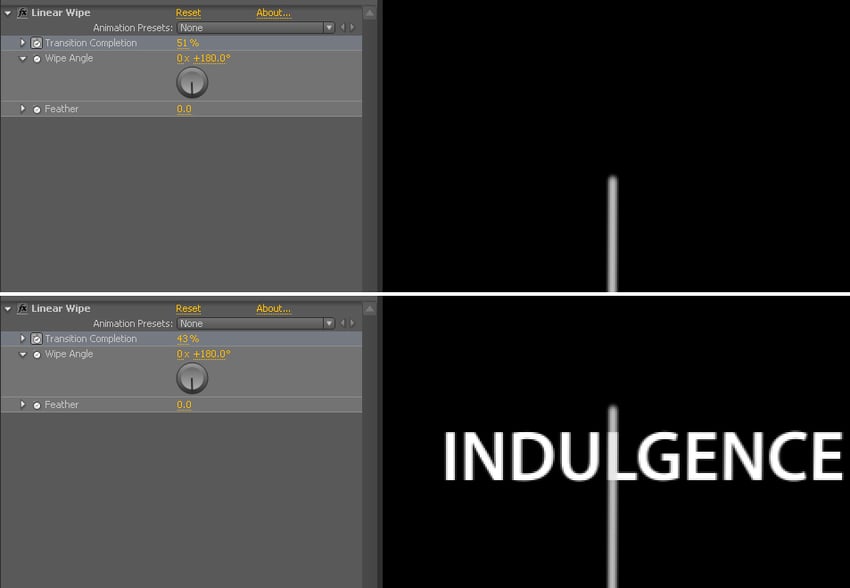 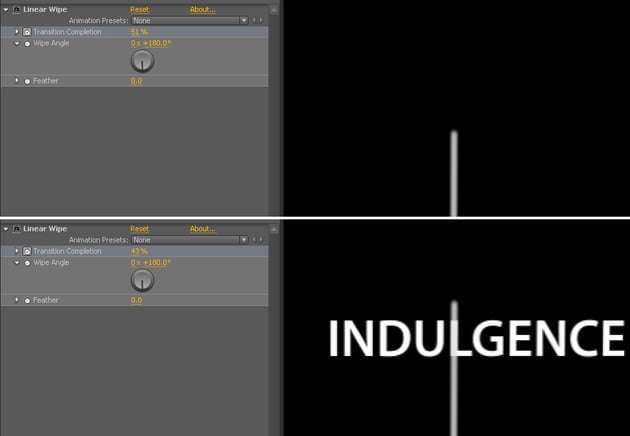 Import the Text comp into the Main comp and make it a 3D layer. Then position in the comp so that the information is clearly visible. 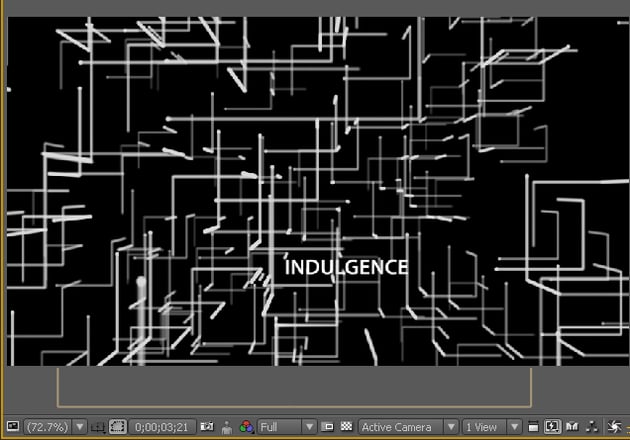 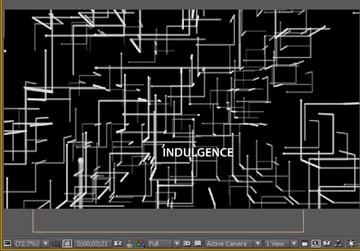 Now animate the camera. Since the particular works in 3d you can rotate, pan, zoom and do whatever you want to in the 3d space. I gave a simple zoom and pan motion to the camera.

Turn on the Depth of Field to the camera by pressing "aa" on the keyboard with camera layer selected. Then change the values of the Focal Distance and Aperture to the one which you think is the best and apply keyframes to them.

Also Turn on the Depth of Field on all the Particular layers by choosing the value " Full Render + DOF Square". Also make the particle size "0" in order to remove the blobs/dots before every line.

Now we add some lens effect to the animation. Make a new composition with the same settings and create a new Black solid. Apply "Ramp Effect" using Effect> Generate > Ramp. Change the settings of Ramp and choose the Animations Presets as "Vignette Lighting". Then change the colors of the ramp.

Import this composition into the Main composition and turn off the layer. Then create a new adjustment layer using " Layer>New>Adjustment Layer". Rename it as lens and place it on top of all the layers. Apply the lens blur effect using " Effect>Blur>Lens Blur". To the lens blur apply the following settings: 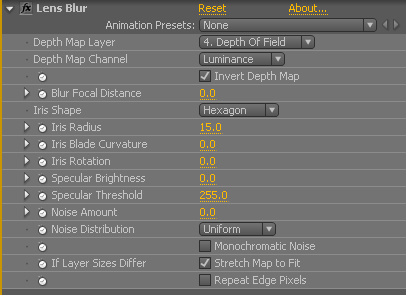 Lets add some Bluish Tint and Glow effect to the animation. Create a new adjustment layer and place it on top of all the layers. Rename the layer as "Glow". Then apply the effects "Tint", "Curves" and "Glow" in the same order.

Give the settings for these effects as follows: 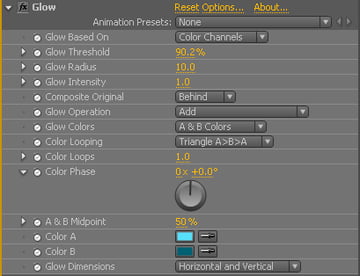 If you want to add another information/title/image duplicate the Text comp and make the necessary modifications as elaborated and place it in the Main Comp.

Chaithanya Y
I am a Chemical Engineer from Hyderabad, India studying at BITS-Pilani Goa, interested in Designing, Motion Graphics, VFX and Composting. I am currently working as an intern at Pixelloid Animations. I am kind of newbie at this field with promising ideas. I love to experiment with various software and try to create something interesting. I am self taught using various tutorials on the net and my own experimentation.
Weekly email summary