Wikipedia defines Bullet Time as a digitally enhanced simulation of variable speed (i.e. slow motion, time-lapse…) photography used in films, broadcast advertisements and computer games. It is characterized both by its extreme transformation of time (slow enough to show normally imperceptible and un-filmable events, such as flying bullets) and space (by way of the ability of the camera angle—the audience's point-of-view—to move around the scene at a normal speed while events are slowed). The first movie credited with this effect is Blade, but it was the Matrix that really made it famous.

In this tutorial, Wes shows us how to use the built-in Shatter plugin to achieve "Bullet Time" with type or a logo. 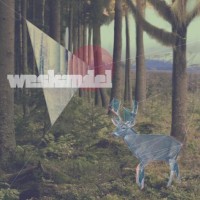 Wes Kandel
Wes is a dedicated husband, father and motion designer. His dad was an accountant. His mom was an interior designer. He loves all things design as well. He is currently based in Orlando, FL. He is Swedish.
Weekly email summary