In the fifth part of the Laptop series, you'll finish up the remaining animation work in Cinema 4D and prepare each scene for export to After Effects for compositing in the final two chapters. This lecture concludes the 3D aspects of the project and our final post here on Cgtuts+. So be sure to head over to our sister site Aetuts+ later this week for the conclusion, where you'll learn how to composite everything together and put the finishing touches on this epic series!

Project Overview:
Over the course of this seven part series, you’ll be guided through the entire process of creating a high quality advertising spot for a Razer gaming laptop from the ground up. Starting in 3D Studio Max, the first two parts will show you how to create the high resolution laptop model using a wide assortment of modeling techniques. From there it’s into Cinema 4D for parts three, four and five, where you’ll tackle materials, texturing, lighting and setting up a series of different camera animations for the final advertising spot.

With the animations locked and ready to go, Stefan will guide you through the process of setting up multi-pass rendering for each camera angle before moving into After Effects for compositing, color correction and post effects in the final two parts, which will be posted on our sister site Aetuts+.

This tutorial was inspired by this original Razer Blade advertisement: 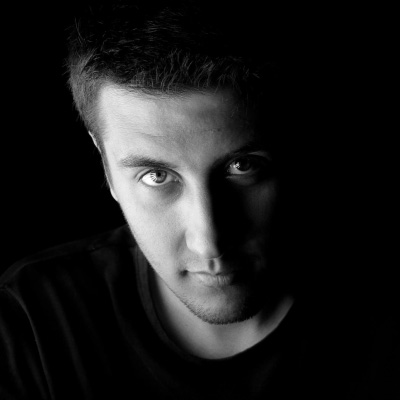 Stefan Surmabojov
My name is Stefan Surmabojov. I'm 30 year old motion graphics designer located in Bulgaria with 10 years of professional experience. Most of my time is spend working as a freelancer, but in my spare time I create tutorials for Tuts+ and templates for VideoHive. I love photography, 3D, and VFX.
Weekly email summary