In this new multi-part tutorial series from brothers Stefan and Andrew Surmabojov, you'll learn how to create a stunning 36 second fake video advertisement for the Canon EP-S 50-250mm zoom lens, from the ground up. The first three parts of the series delve into the model's creation, as you work through the entire process of building the lens from scratch with Andrew using 3D Studio Max. Throughout the modeling process, you'll use a careful balance of poly modeling and subdivision techniques to accurately re-construct the lens' many details.

Use the links below to download this tutorial for offline viewing. 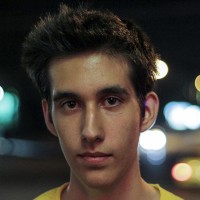 Andrew Surmabojov
My name is Andrew Surmabojov. I’m 19 years old and I've been using 3DS Max for 3 years. In the beginning it was just a hobby and passion, but now it has become my profession. I’m excited that with each new day, I learn new things. In the future I would like to continue improving my skills in the CG field.
Weekly email summary