This article features a list of cameras released since the publishing of Knowing The Basics Of The Video Mode On Your DSLR Camera, and is designed to be an appendage to that article, along with an updated sensor chart for reference. *see below
Note: Cameras are first listed by maker and then by price. All ISO specifications are the expanded limits of the cameras.

Canon seems to have the upper hand in the Video DSLR world. Almost all of their cameras offer the necessary framerates in both 1080p and 720p resolutions. They also offer full manual control and other features usually found on standard video cameras. However, they along with Nikon still treat these DSLRs as still cameras having video features as an afterthought. Because of this we do not find many of the features which would be extremely helpful to anyone seriously working with video. With time and additional attention from their makers, these cameras are slowly becoming better and better. Remember, over two years ago it was difficult to find a Video DSLR with all of the necessary framerates! Luckily now that is the least of our worries, at least when it comes to Canon.

Fitted with the new DIGIC 5 image processor, the 1D X is geared towards high end photographers. Like the 5DMKIII, the 1D X also offers All-I and IPB modes of compression in addition to standard H264 video compression. From Canon:

AII-I: Compresses each frame. Although the file size is larger than IPB, each frame is not affected by the previous and next frames, making it suitable for editing and extracting frames.

IPB: Compresses the movie frame by referencing the previous and next frames. High compression is used, making it suitable for recording long movies.

The 5DMkIII is Canon’s newest full frame camera released in April of this year. This camera is ideal for both professional photographers and videographers. It carries with it some interesting new perks, including live sound monitoring with manual control. In addition to standard H264 compression, the 5DMKIII also offers AII-I and IPB modes of compression. Defined by Canon as:

“AII-I: Compresses each frame. Although the file size is larger than IPB, each frame is not affected by the previous and next frames, making it suitable for editing and extracting frames.

IPB: Compresses the movie frame by referencing the previous and next frames. High compression is used, making it suitable for recording long movies.”

The T4i takes a big jump from its predecessor in this release, featuring continuous autofocus in video mode, stereo microphones (as opposed to the T3i’s single mic), a new imaging processor (DIGIC 5 vs the previous DIGIC 4, see here) and touchscreen. This camera also keeps the manual audio control featured on the T3i.

Very similar to the T3i and T4i with a slightly different build. Often compared to the Canon 7D.

*Not to be confused with the Canon 60Da. From Canon’s site: the EOS 60Da is tailor made just for astrophotography. It's designed to ensure accurate depictions of the reddish hues when photographing diffuse nebulae in the nighttime sky with the increased sensitivity of hydrogen-alpha (HÎ±) lines (656nm).” Please remember that “diffuse nebulae” is NOT for video

*Not to be confused with the Canon T3, which is not intended for video but is a more affordable DSLR with stripped down features.

Canon’s just announced mirrorless camera! (Which makes me nervous to include it in the “DSLR” category because it lacks the very feature found in the acronym DSLR) In addition to not having a reflex mirror, this new release includes the new DIGIC 5 image processor and an external mic jack. (For more information concerning mirrorless cameras, see the GH2 post at the end of the article)

Unlike Canon, Nikon seems to lack a common pattern of video features among their cameras, especially the resolutions/framerates as they vary from camera to camera. Add a lack of manual video control that exists with many of the cameras and you have quite the jumbled mess of video features. This clearly shows video as an afterthought in Nikon's DSLR line even more so than Canon. (Please note that I do not write this article being pro-Canon, they are both EXCELLENT cameras and capable of producing great quality video. The DSLRs of both sides have the essential framerates and resolutions somewhere in their line. Just remember that it is important to find the camera right for you.)

The D4 is known for its incredible low light performance, as it is able to shoot extremely high ISO shots with very little noise. Manual video control is featured on this camera along with microphone input. 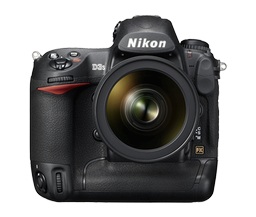 Currently replaced by the Nikon D4. Excellent at low-light situations but in so doing it's amount of megapixels for still shots is heavily sacrificed.

The D800 is another full-frame camera featured by Nikon to have video capabilities. This camera includes manual control and is rated to be sharper than the 5DMkIII. Unfortunately it's low-light capabilities have much to be desired, but with that comes an extremely high megapixel count of 36.3mp! 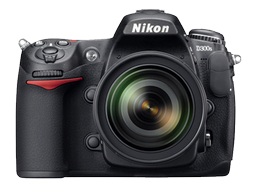 Features an external microphone input jack. Records only in cinematic 24fps up to 720p. No manual video control.

Provides a continual autofocus while recording video. Must drop down to 720p in order to achieve a 30fps framerate. 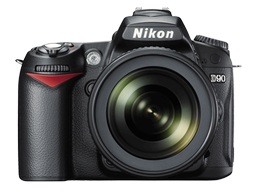 Manual audio is featured in this camera. Shoots solely 24fps up to 720p resolution.

Again, no manual video controls are available on this DSLR, but it does include an external microphone jack.

The D3200 is one of Nikon’s best Video DSLR options, offering a ton of features for a very low price. It includes manual audio in addition to an external microphone jack, allowing you to listen exactly to what you are recording!

This extremely affordable release from Nikon has many framerate essentials, but is lacking on some features such as full-manual video control. However, it does unexpectedly offer live auto-focusing during video recording. To achieve any framerate above 24p you must record at 720p. 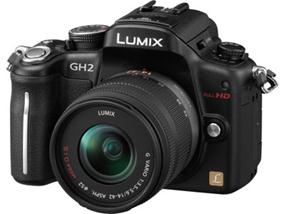 An exciting aspect of the GH2 is it’s mirrorless construction, technically excluding it from the "DSLR" category. Oftentimes when taking a picture with your DSLR you will feel some movement within the camera, this is due to the spring loaded reflex mirror that must flip out of the way for the sensor to capture the image. This camera lacks such a feature, and less parts means less things that can go wrong! To be compared to the newly announced EOS-M series by Canon mentioned earlier in the article.

This camera contains what is probably the best image out of all the cameras, but unfortunately has an awkward selection of resolutions and framerates.

Contains a good quality built-in stereo mic. Video noise in high ISO levels known to be disastrous. Be aware of the different framerates depending on the camera’s purchase market.* Unlike it's newer replacement, the GH1 has horrible artifacts in it's image recording. According to Panasonic's website, the GH1 is no longer available for purchase.

*According to an article by Philip Bloom.

The purpose of this article is solely to inform the technical details regarding the current line of camera options. Remember that no matter the camera, lens or what-have-you, the most important part of filming is your subject. Make due with what you have and create great things.

Some of my other favorite DSLR articles/resources:

Sources used in the making of this article: 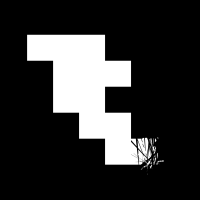 Brock Nordstrom
Brock (Brawk on MoGraph and among other places) is a freelancer currently working out of Las Vegas and Salt Lake City. When he's not doing motion graphics, he is usually involved in video and photography.
Weekly email summary