Meeting The Producer Of Avatar

So last night I had the good fortune to go hear Jon Landau speak at a local college. I knew he was the producer of Avatar, but that was about it. Little did I know how many successful projects he's been a part of. He spoke on ethics in the film industry and how difficult it can be to make the right decision when money is on the line. I was quite impressed with both his ability and humility. I know this isn't a tutorial and it might be a little random, but I just figured I'd share a few points he made in his talk that stood out to me. 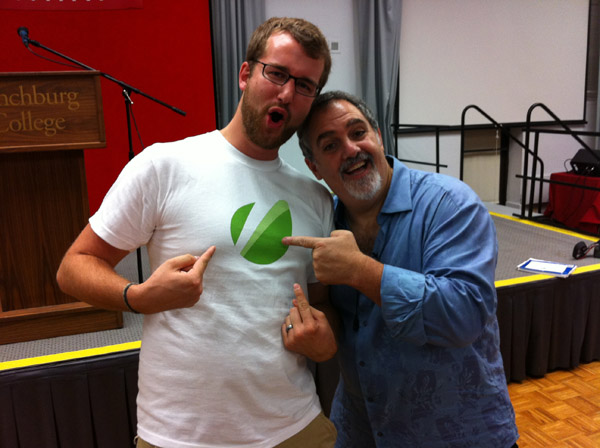 In addition to producing Avatar, Jon has also produced other successful movies such as Titanic, Dick Tracy, and "Honey, I Shrunk The Kids".

A Few Thoughts Worth Jotting Down

(thanks to Won Novalis for sending me his notes)

Jon told a story from when he was younger working on a film and said that he ran into a situation where he wasn't sure if his team was going to be able to meet a deadline with the workload they had stacked up. Sitting down in a meeting with that film's producer, he began to explain the situation and his fear of not completing in time. The response was quick and to the point. "I'm not paying you to tell me about problems, I'm paying you to fix them."... end of meeting. They went on to work late into the evenings and they met their deadline. He stated that meeting and those words come to mind often any time he's in a bind.

When asked by an audience member how to become a better storyteller/writer, he replied by telling how James Cameron started. When James first wanted to create a movie, he went out and watched the most successful movies of that time. He looked for key things in each film that he thought caused it to be successful: themes, relatable characters, breathtaking visual effects, etc... He then put together a chart to see which elements he appreciated/admired the most and he uses that generated outcome as a framework for his work.

"In order to truly be successful, it's important that you do not be afraid. Don't just base your choices on past experiences, whether they be failures or successes. You CANNOT rest on past successes. After creating Titanic, the largest grossing film ever created, I couldn't just rely on that success to carry me... as a result, Avatar is now the largest grossing film ever created."

"As a filmmaker it is not my job to preach, but to entertain. Yet I try to weave in meanings that will cause the viewer to think about their own lives."

"I can't write, I can't direct, I certainly can't act... therefore I produce! My job as a producer is to hire people who do their job better then I could."

"Be a part of the innovation that leads the wave. Don't wait for technology to catch up to you or you'll end up sliding down the back side of that wave. If you choose to be a part of it happening, you can ride on top."

"Just like Jake Sully, have a strong heart! Courageous, but vulnerable. Fearless, yet willing to learn. His glass was empty and ready to be filled, is yours?"