Is Working On Stills Easier in After Effects or Photoshop?

We always tend to go to Photoshop for working with still images, but today I’d like to bring up a few thoughts about why working in After Effects might be a better solution for your next project.

Non-destructive workflow is a must, especially when working within a team. Since After Effects is designed for animation nothing is destructive. That means that every effect value can be stacked as desired and modified later. The only way to get that kind of non-destructiveness in Photoshop is often to create multiple layers to achieve the same result and will sometimes be impossible. Let’s see the same effect applied in both After Effects and Photoshop. 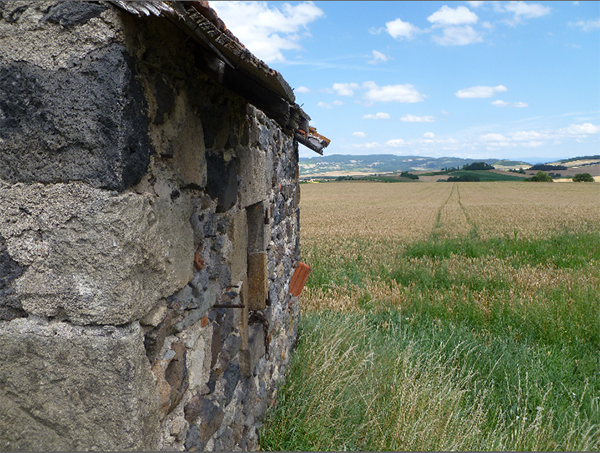 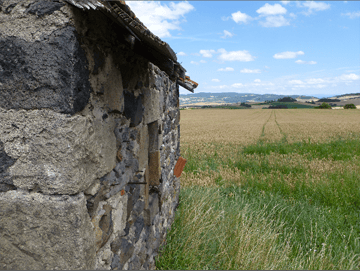 The differents effects applied in After Effects. 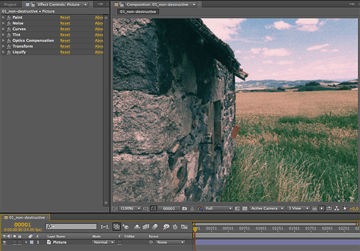 And now in Photoshop. 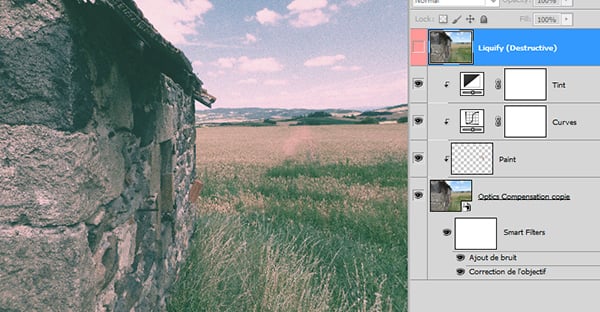 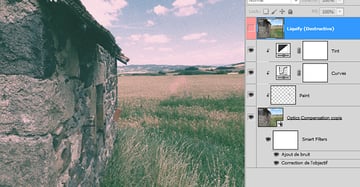 The goal was to have the smallest amount of layers and to keep everything non-destructive. Everything went well in After Effects, one layer, logically stacked effects, everything is at its place. But in Photoshop, things were a bit more complicated. First, effects can be non-destructive and linked to the image as long as the image is converted to a dynamic object, but adjustments and stamps will need their own layer which rapidly increases the amount of layers. Secondly, sad fact, liquify cannot be applied to a smart object. It then becomes impossible to keep everything non-destructive since we will have to apply our blur and our lens correction on a regular (non smart object) layer.

DRY (Don't Repeat Yourself) is a way that programmers usually tend to work and so should designers.

After Effects has a lot of features that allow a DRY workflow. Since everything can be linked with the pick whip or expressions, duplication of work is not necessary. This becomes really useful when designing websites or applications. 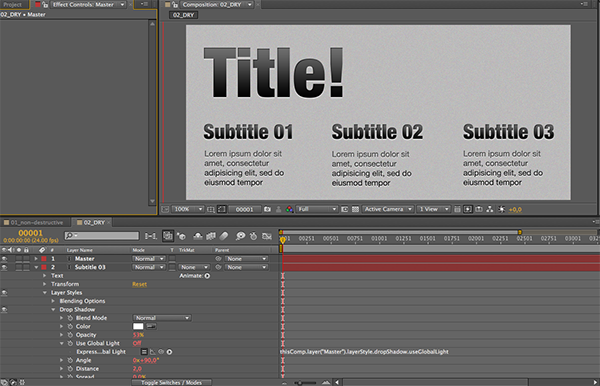 Edit This Look At That

After Effects now allows ETLAT (Edit This Look At That) workflow when splitting the viewer (View > New Viewer) and working in different compositions which isn’t yet permitted by Photoshop’s smart objects. 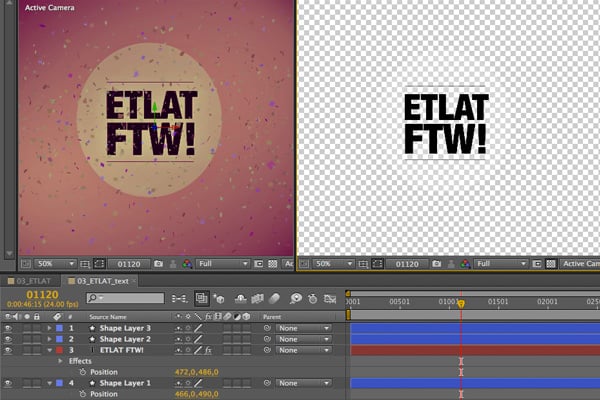 After Effects files does not embed its medias, it links to it. This means lighter .aep files, easy exportation of external files, easy update of external files, but mainly, the possibility to use proxies. Really big compositions can become really hard to handle with Photoshop on an average performance computer. That’s where proxies become handy. Saving and previewing times will stay low and your render will still be as sharp as your original files were.

Here’s a helpful tutorial about setting up a proxy in After Effects :

When aiming for a photo-realistic composition or design, After Effects’s tools will often feel more genuine. Lights, particles, 3D perspective (or 2.5D as some would suggest) and also, last but not least, lots of plug-ins. Trapcode suite, Optical Flares, Plexus, etc.

Again, although working on still images in After Effects isn’t the “typical” workflow you might want to seriously consider After Effects as your tool of choice on your next non-animated project.

What do you think?

Sebastien Lavoie
Web & motion designer based in Quebec (yeah I'm one of those french Canadians) and like everybody else I like bacon, party rocking, coffee and yellow walkmans.
Looking for something to help kick start your next project?
Envato Market has a range of items for sale to help get you started.