We're back with another entry in our weekly community project, where we post a render or animation created by a member of the Cgtuts+ community, and ask you to provide feedback and constructive criticism on their work. It’s a great way to learn more about the intricacies of computer graphics, express your viewpoint, and have your own content critiqued by your fellow artists!

So let's get to it, here's this week's entry created by Giridhar Sharma!

"257 Countries. Thousand of Religions. Hundreds of Faiths. One World.

Inspired by my idol Mahatma Gandhi, I am always keen to follow the path of Peace and humanity.

Recently, I was working on cloths dynamics in 3d Studio Max, meanwhile I got an idea to create something related to world peace. For this purpose I created a single scene, pre-visualized the number of elements, the timing for each flags simulation and the rest.

My main idea was to convey that, the different conflicting countries/religions can stay together as they are the part of a whole single community known as the 'WORLD'. I thought it would be the best way to state this by blending their identity which is judged on the global scale by their respected flags.

I pre-planned my work to be in 800x600 resolution with 24Fps film speed (as my system is slow and I couldn't afford a heavy number of frames for rendering). After deciding this, I started creating the basic elements required for the scene, i.e. A high-res plane (cloth), flag-staff, rope etc.

Firstly, I have tested my scene with a basic spot-light rendered with mental-ray, but the result was not satisfying. So I tried a day-light system with the preset "Perez all weather" along with other tweaked settings. The output was quite on par with the one which I had in my mind.

My main concern was to decide how to merge 4 different flag-posts with their respected simulations starting at different frames on the timeline. So, for this purpose I wrote down the number of frames required (starting to end) for simulating the flags and thus planned my further approach.

Having this list in my mind, I completed my simulations using a wind space-warp.

Texturing And Blending Of The Flags

I was pretty much stuck while thinking about what to show when the flags blends-in. So, my first approach was to use Particle-flow to generate particles (in the direction of the wind) behind the respected flags, having the colors of those 2 flags which are going to be blended. After a few trial renders, I noticed that the Particles were taking more time to render then before. So in the end I decided to do this part in post-production.

For Blending the texture of the two flags, I used a Mix map in the diffuse channel. Having both flags (the ones which needed to be blended) in both Color #1 & Color #2, and a Gradient Ramp in the Mix channel.

I animated the Gradient Ramp along the frames, so that I could get the desired blending of the flags. For making it more crisp, rough and natural. I used a little bit of noise in the gradient.

As I wanted this scene to be in middle of a rainy-kind of war day, I manipulated the specular behavior of the materials having that scenario in mind.

I have taken the different passes (as shown below), as I wanted this whole project to be highly post-processed.

The passes which I had were:

After rendering I had 5,292 rendered files to play with.

So, after rendering for around 40-50hrs, it was the time to boost up the overall visual appeal of the scene.

Now, it was the time to do some research over the internet for abstracting the basics which were used by the war-filmmakers. After watching some trailers of war movies, I concluded my research and started working on the level of details.

As my 3d generated scene only had the flags and components, I downloaded different stormy cloud images to make the scene look more tragic. I used a wonderful approach provided by a great tutor Aahron Rabinowitz, about making a still cloud look real by making it move in a natural way using perspective transform.

Later on, I used After effect's particles to generate and flow at different intervals with respect to the blending of flags (a similar approach to what I was trying to achieve by using a particle system in 3ds Max).

Lighting effects were created by adjust/animating curves for the cloud image at random intervals.

For getting the feel of water droplets over the camera lens, I have used a gray-scale comp created using Trapcode's particular, which was later used with CC Glass to achieve that distorted water droplet effect.

The sound had to play a major part in it, so I got a sound file from Black Hawk Down when I was searching for a 'War-Ballard' kind of song. Thanks to the great Hans Zimmer for this wonderful musical composition.

This one was my first planned project and I must say, planning ahead before doing your work, will always ease your work-flow.

THANK YOU FOR READING THIS.
COMMENTS/CRITICS ARE MOST WELCOME.

Also be sure to check out more of Giridhar's work at: Coroflot!

Please let us know what you think in the comments – how would you have approached this project or done things differently? Any thoughts on how it could be improved or taken to the next level. Chime in below!

The most constructive and helpful comments will be featured on the site. Interested in submitting your own video or 3D render? You can do so here! and have your work featured in a future Cgtuts+ Workshop! 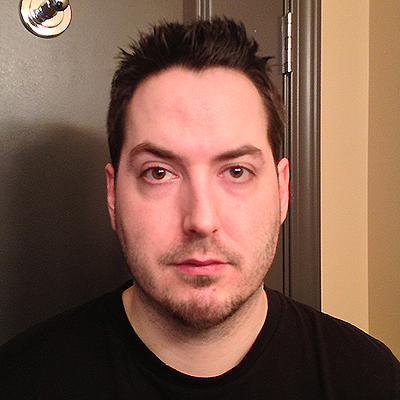 Ben Tate
Ben has over a decade of experience in the computer graphics field and although he's primarily a hard surface modeler, he's also experienced in the fields of UVMapping, Texturing, Lighting and Rendering. Ben has authored over sixty hours of real-time tutorial content for Tuts+, focusing mainly on 3d Studio Max and hard surface modeling. Along side 3D Studio Max, Ben's has experience with VRay, FumeFX, ZBrush, Mudbox, Mari, PTex, Photoshop, xNormal, UVLayout, Forest Pack Pro and After Effects. You can check out Ben's website to see more of his work.
Weekly email summary