Once again Casper van Pomeren is back with another part of his massive video game cinematics roundup. Part 3 features some of the most legendary cinematics around, including Star Wars: The Old Republic, Starcraft 2 and Portal 2, and that's just the start!....

Some people may find certain things inappropriate or won’t be able to handle the violence in some of these cinematics. We made sure there wasn’t any real horror in here, but there’s still a large amount of blood and violence in some of them. If you don’t want to see this type of thing, the descriptions below the cinematics may give you somewhat of an idea of what to expect.

It has begun! Brace yourselves for this amazing cinematic with a drawn art style combined with lifelike action. We especially liked the drawn part, even though the rest was amazing as well, but the drawings are something we haven’t seen before.

Big scary monster: “You thought you were so clever, that you had outwitted us all. One by one our brethren fell into your trap. But not me. I defy you!” 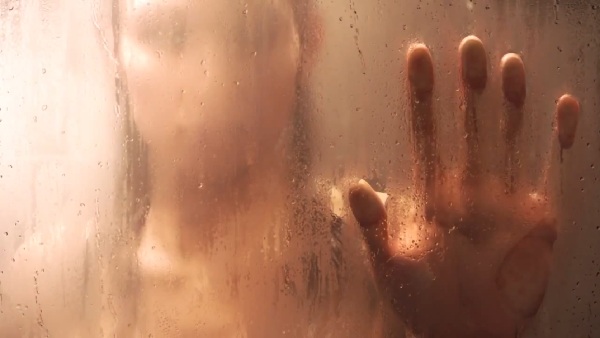 The one and only hitman, agent 47, goes on a rampage and kills everyone in his path. What’s going to happen? Does he needs to use the bathroom or is it end of story for Diana?

In this cinematic we see all kinds of champions battle it out against each other. We wondered who the good guys were, since no one really seemed ‘good’. Maybe it’s because no one is innocent in any war even in a fairy tale war.

Valve doesn’t have the visually nicest cinematics, but one of the things they do superb is the emotions of characters. Even when they are robots, you see them laugh and you see them care. Many studios can learn from this, because graphical beauty is just one of the steps in the road to an amazing cinematic.

We see the lovely robots of portal 2 cooperate and solve all kind of brain boggling puzzles. They grow a friendship between them and within time they fly through the puzzles. And just like the other portal 2 cinematic, you see them care about each other. 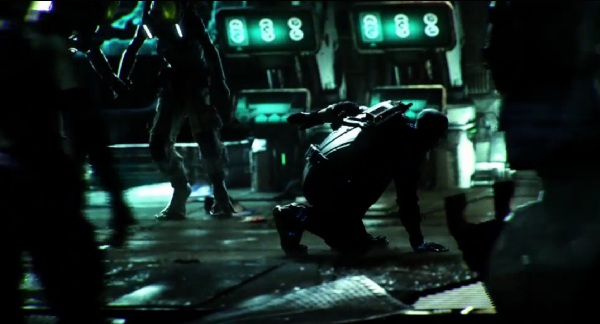 In this cinematic we see the U.S. Marshal Kilian Samuals as a bounty hunter. We seem him try to apprehend a wanted guy, all in the beautiful alien world Exodus. The cinematic is visually amazing and the action is fast-paced and fun to watch.

68. Prince of Persia: The Forgotten Sands

Lots of sword fighting, a prince that has to protect a secret and a huge siege on a beautiful city. It’s a very big coincidence that when he came to study, he entered a warzone. Luckily for him he is a prince and he and his prince skills are going to protect the big secret.

This time the prince has backup from a deadly new ally, to save a kingdom and to restore the light. So it’s the prince of Persia and his new ally versus all the darkness in the whole kingdom? Piece of cake, because all the other games he won on his own, so this should be easy!

His name is Alex mercer. They call him a killer, a monster, a terrorist. He’s all of these things. Well actually he is an incredibly powerful shapeshifter. While the plague known as blacklight spreads through the city, Alex searches for the ones responsible.

A hostage situation, who you gonna call? Not the ghostbusters, but the Rainbow Six squad! We see the squad arriving with their chopper and they try to save the hostages. Will they make it or are they too late? 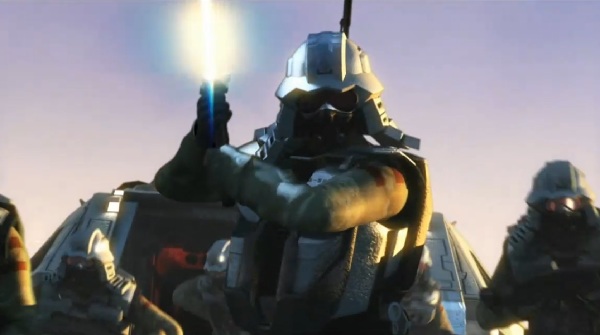 If the next resident evil movie sucks, they should let Blur take over. Just like we are used to from Blur, everything looks amazing, the lighting, the animation. We especially like the flashlights when they are in the dark parts of the city.

A beautiful cinematic in a magical world where everything goes horribly wrong. The good guys try to stop the bad ones, but it all seems too late. Is the world doomed forever, or is there still hope for a peaceful and once again magical world? 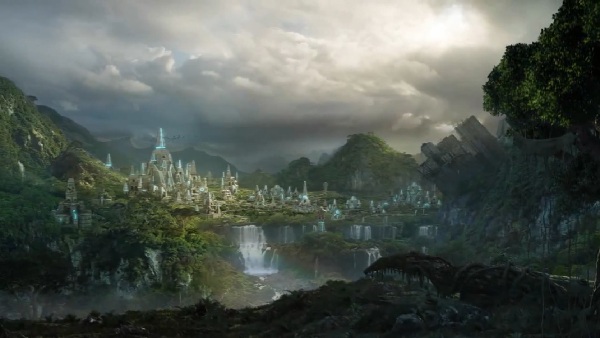 A cinematic placed in some kind of steam punk world. We get to see a lot of things, an enormous ship crashing down to a planet, a few beautiful cities and an huge battle between robots, humans, monsters, animals and some king of rock creature.

Someone isn’t invited to the saints party and isn’t all too happy about that. He invites himself in and with that everything goes from bad to worse. The party turns into a shooting galore and it doesn’t look good for the saints. 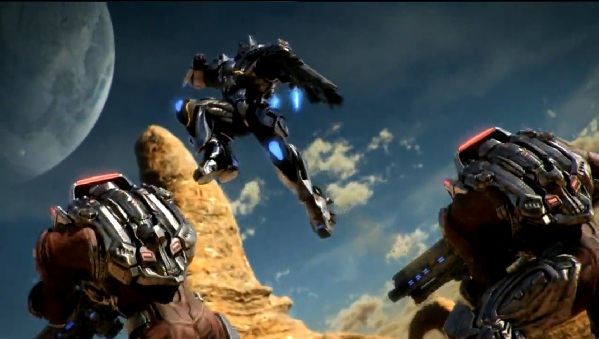 This trailer takes the song it’s raining men a bit too serious. Next to men raining down, we see a lot of futuristic guys battle it in a sandy region. Everything looks gorgeous, from the shiny suits to the sand around them.

“The Sam Fisher you know is dead. The man who played by the rules, listened to the voice in his ear – he’s gone. So watch your back, I can’t stop him – no one can.” 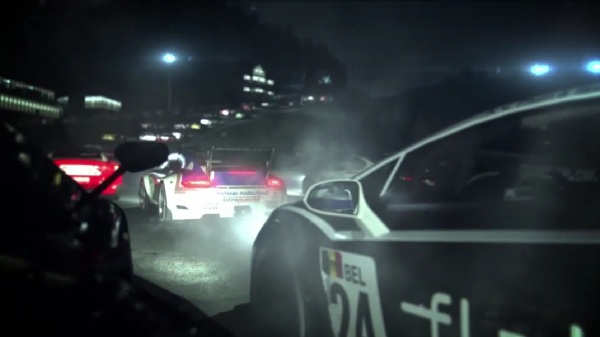 We expected to see a blood pumping cinematic for a race game, but instead we got a cinematic where everything was frozen. Too be honest it worked out better than we expected and mixed with the moving parts of the cinematic it turned out very good.

In this cinematic we see the ‘ghost’ Kerrigan getting in problems with a bunch of zerg. While she handles the first few zergs like a true ghost, she can’t win it from the endless waves of zerg. We can see all the zerg slaying in superb visuals like we’re used from Blizzard.

We once again see Sarah Kerrigan, but this time she isn’t a ghost anymore. She’s become the queen of blades, the leader of the zerg. In the cinematic we see her very weak and we see her almost die. Luckily Jim Raynor is around and he saves the day!

This time we don’t see any terrans around, but we get to see a glimpse of the protoss. The protoss are a technologically advanced race and they rely on their psionic abilities and cybernetics in battle. They are one of the main enemies of the zerg.

In the last of the starcraft 2 cinematics we get to see the making of a marine. It’s basically a person in a huge armour suit. The person in the suit isn’t a highly trained soldier like you would expect. Instead, most marines are either convicts or mercenaries.

“Our time has come. For three hundred years, we prepared. We grew stronger. While you rested in your cradle of power, believing your people were safe and protected. You were trusted to lead the Republic, but you were deceived, as our powers of the Darks side have blinded you. You assumed no force could challenge you and now. Finally, we have returned.”

“Time is running out, as few are left to face the enemy. For those that remain, there is but one choice. We must fight - to victory or death - for the republic!”

Two times our reader Ashley wanted to see these cinematics in the collection. Another one of our readers, Oliver, got goose bumps the first time he saw it. According to them, these cinematics are one of the best around. Well we certainly agree with Ashley and Oliver, and we hope you enjoy them as much as we all did. 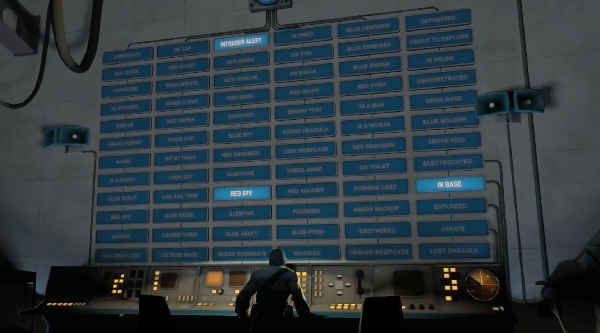 One of the many videos of the “meet the” series. We think these are the best of the series and the thing that really makes them shines is the reactions of each of the characters, see 1:18 for example. They are just so fun to watch! 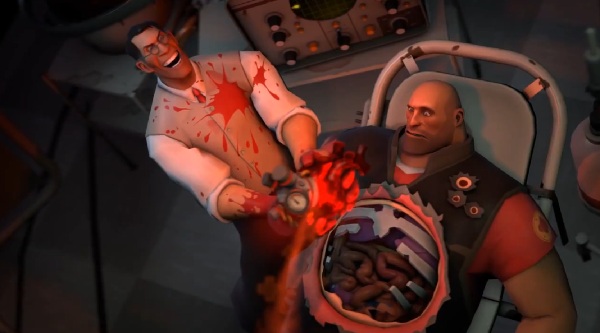 The latest in the series, meet the medic. We think it’s the funniest to date. Just the things the medic says when he is operating or when the birds mess everything up. Even the little things like the things in his freezer.

Let’s dance! Who can name all the dances that are being performed by the team fortress 2 crew? We know it isn’t really a cinematic, but the animation and all the different things together at the same time made us put it in this huge collection.