Today Casper van Pomeren is back with the the second part of his massive video game cinematics roundup. We have an excellent collection of awesome trailers, Including Assassin's Creed: Revelations, Mass Effect 3, Firefall and Overstrike, to name just a few! Check'em out after the jump.

Some people may find certain things inappropriate or won't be able to handle the violence in some of these cinematics. We made sure there wasn't any real horror in here, but there's still a large amount of blood and violence in some of them. If you don’t want to see this type of thing, the descriptions below the cinematics may give you somewhat of an idea of what to expect. 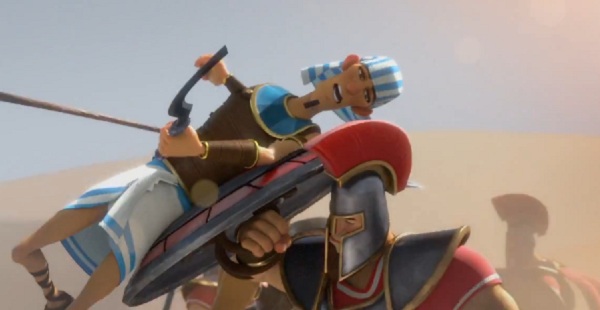 We start things off with a cinematic from the classic series Age of Empires. We see they went with a totally new style, a bit more cartoonish than the normally realistic approach we expect from the Age of Empires series.

Super heroes, what would we do without them? This time the hero is the alter ego of Steven Rogers, who has been injected with an experimental substance and now helps the US fight against the evil Axis powers of World War II

Speaking of heroes, if you could be one of them, what would you chose as your special power? Is it speed beyond measure you’re looking for? Or is it wisdom that appeals to you? Or are you going to be the second Hulk and just be super strong?

The gathering of one big happy family with two children! One of the children is a failed experiment, and the other one is a cannibalistic telepathic. To top it all off, the mother of these two ‘wonderful children’ has been tortured for a long time and happens to be an extremely powerful physic herself.

A beautiful and long animation in a mysterious world, what more do we want? Maybe an action scene with a big monster and a full scale battle with strange battleships, or do we just want all kinds of different characters that tell a story? Well you’re in luck, because this one's got almost everything!

Another cinematic in a fantasy world, but this time we get to see some original character designs, a man with crystals as hair and a dwarf that looks like he comes from the future. The cinematic also has the standard fairy tale elf and all kinds of mages are present!

“Extraction site secured” says the guy with a lot of huge guns. You just know something bad is going to happen! And you're right, lots of shooting against some kind of alien bugs!

Halo, who hasn’t heard of this series and it's hero, Master Chief? Just like the last cinematic, it’s about aliens versus the humans. We sure know how to get into a lot of trouble in all these video games. Luckily we have Master Chief!

This time it isn’t Master Chief in the spotlight, but his fellow teammates are seen fighting against the evil alien scum. We even get to see a bit of emotion from the guys behind the masks.

Monsters and super soldiers in a pretty long cinematic. There isn’t much more to say about it, just a nice gruesome battle! 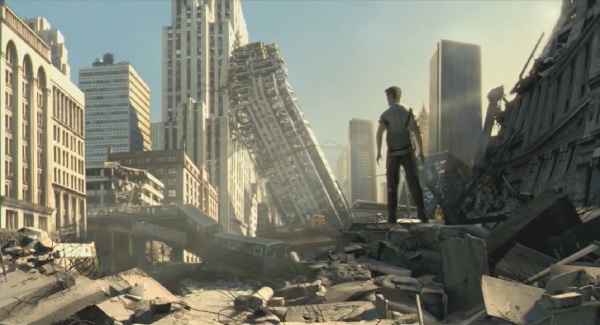 All alone in the big scary world! Something terrible has happened and everyone fights for their own survival! Water is scarce and we are long past the nice civil way of asking for it. It’s back to the survival of the fittest 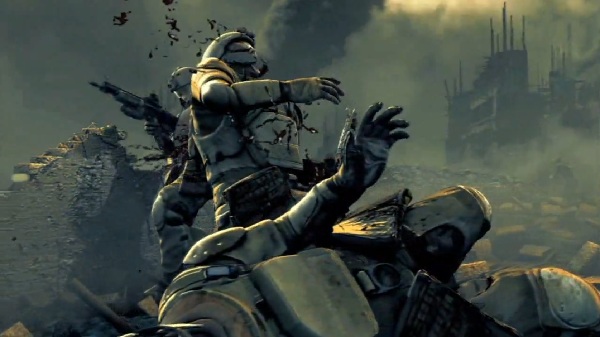 “Those who would deny us peace, refuse us our rightful place in the universe, then we will unleash such terrible vengeance that generations yet unborn will cry out in anguish”. How is that for a speech? 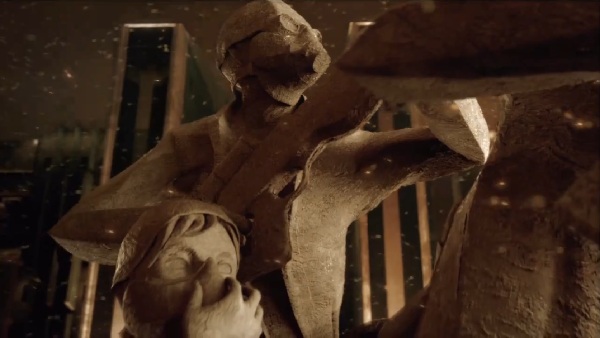 The sequel to the previous cinematic, and again the Helghast are angry that they're still not given a rightful place in the universe. But that time has passed! “Ever, EVER onwards! From this day. Till the end of days!” 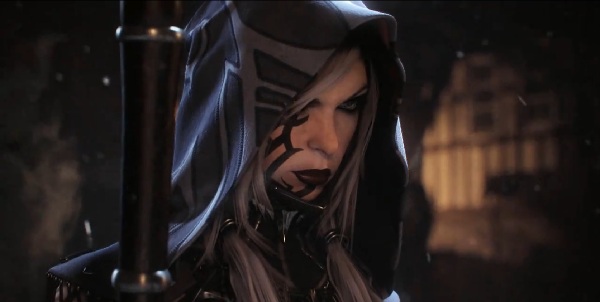 Witches, undead people, monsters and an immortal executioner. That’s all nice and dandy but the funny thing is that somebody gets eaten, and all the comments have to say is that eating a young girl isn’t that healthy for Mrs. Evil. And that she should have a sandwich next time. Way more healthier!

Run forest run, it’s all the girl can think of when she's running from all kinds of evil scum. Luckily there is a hero nearby that helps her out, and together they face off against the monsters. It’s a shame that one extra hero wasn’t enough…. 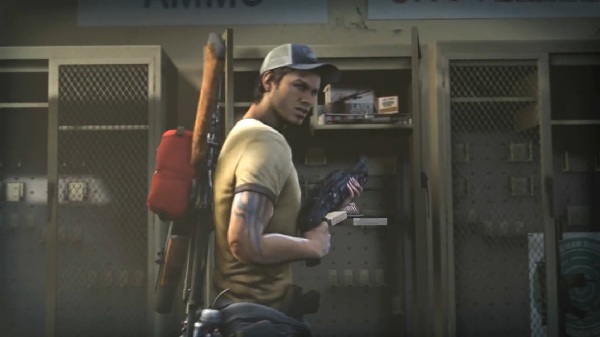 Instead of monsters or aliens, we get zombies this time. These undead creatures are part of the zombie apocalypse series Left 4 Dead. We get to meet four new characters, each with their own personality and humor, “Maybe the helicopter is made out of chocolate”. 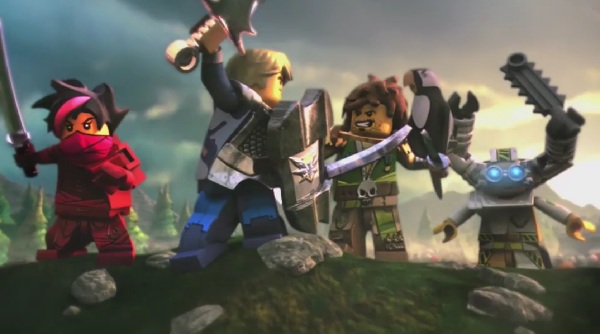 Who didn't play with Lego when they were a kid? Well this time every creation comes to life in the game Lego Universe. Together we shall build our way to victory!

The background story for the game is told through this epic cinematic. The creatures that are featured in the tale and the story itself, makes this one of our favorite cinematics. And shows that you don’t need the best graphics or the most brutal fights to create a fantastic cinematic.

Marvel characters and Capcom characters? The best of two worlds, here they're seen in action fighting each other. From the X-Men and Iron Man, to Chris Redfield, they're all here!

Which side are you on? Are you for Marvel? Or are you more the Capcom type? Or do you love them both? We have some of our favorites with Capcom, as well as with marvel. So we have to say that we just love them both!

Enough about the different characters, what do you think about the art style they used? We love it! It’s like everything's painted, and it just looks so good with most of the characters. It isn’t just pretty, it really adds to the cinematic itself. 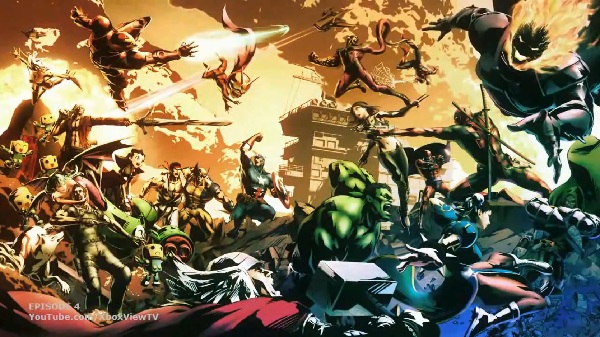 And again the reactions about the cinematic are just too funny: “Mike Haggar is the greatest character this game has. His election speeches must be legendary. "My fellow New Yorkers, I solemnly swear that﻿ in the unlikely event of thunder gods and flame headed sorcerers wrecking up this fine city, I will personally cave in their heads with a pipe!" by Ryugen01.

Shepard is recruiting an impressive team full of assassins, scientists and bionics. Let’s watch every team member Shepard has found. Alone they are truly impressive, but what if they get combined into one super weapon to save the world! Can Shepard succeed in uniting them?

11 million deaths, no more troops and everyone is fleeing from the mysterious enemy! It looks like a hopeless situation.. But, luckily we still have Shepard who can bring us help. He has to hurry though, because otherwise “there won’t be an earth left to save”.

Shiny armor and a huge monster. We get the idea after all these cinematics. Next to the standard monster and heroes, we get to see a sort of beautiful angle, who is pretty hot at the end! 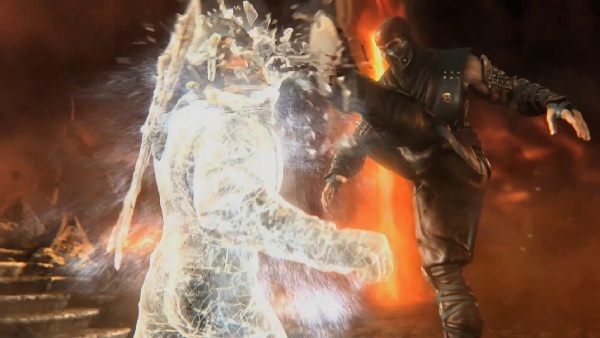 A fighting game, so what do we get to see? You’re right, a lot of fighting! Along with all the fighting we see people get frozen, a lot of fire and a small peak at the god of war, Kratos! FINISH HIM!

It’s war again, but this time it’s Total War. This time we get to hear the tale of Napoleon told by the man himself. “My enemies are many, my equals are none”. He is Napoleon! He is the Emperor! 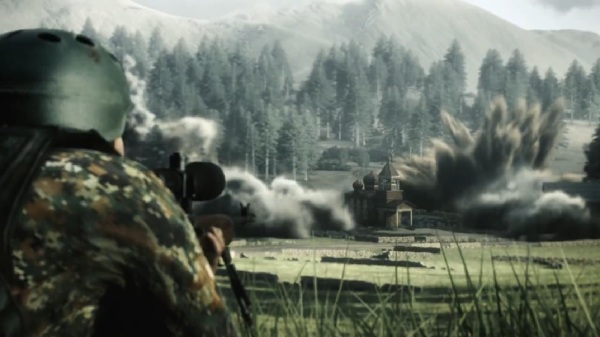 A more realistic approach to the war game genre. We get to see a mission going terribly wrong and within seconds the whole area turns from a normal grassland, into a full out battle zone. This all happens on the fictional island of Kiska. Where the Russians and the Chinese fight it out over oil. 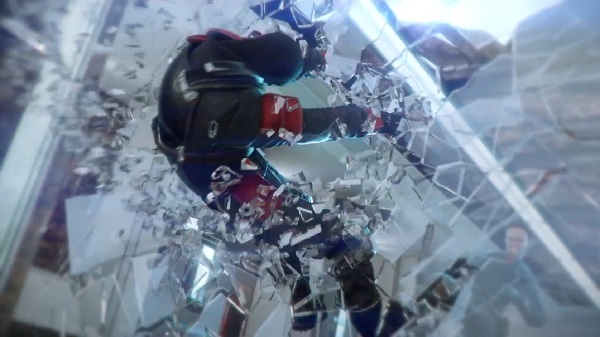 We end this second part with a rather funny cinematic. It’s about a post-mission briefing. The team in question doesn’t take the briefing all that serious. They're a nice pacifistic team according to them. What we see doesn’t really translate to the image. How do they explain all the carnage they created? Enthusiasm!