Some people may find certain things inappropriate or won't be able to handle the violence in some of these cinematics. We made sure there wasn't any real horror in here, but there's still a large amount of blood and violence in some of them. If you don’t want to see this type of thing, the descriptions below the cinematics may give you somewhat of an idea of what to expect.

We start off with a cinematic about the war in the magical world of Atreia. This action packed trailer shows off the humans fighting against the Balaur, the protectors of humans that decided to take over control.

The Russian mafia is coming up the stairs to kill you, because you're interrogating a very important guy. What should you do? Well let’s see…

Just stunning, stop reading this and start watching the wonderful cinematic. Venice was never this beautiful and action packed!

Same makers, same quality and same level of detail as the cinematic above. This time we see Rome in all its detail and now we don’t get to see just one assassin in action, but a whole group. Still not satisfied? How about a whole plaza full of people, multiple guards getting fought, horses, beautiful faces and animations? 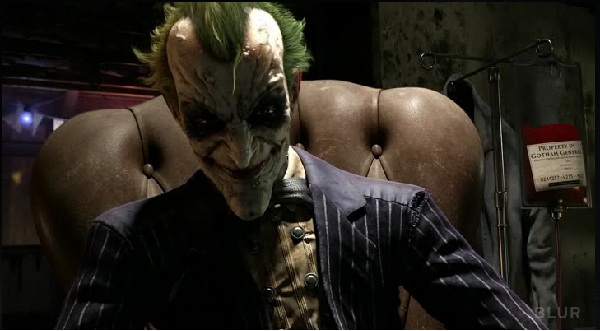 We see that the joker is sick as always, but just in a different way. This time he got locked away in Arkham city from all the good people. And at the moment he's controlling the streets with Harley Quinn. Like always, they're up to no good.

Big Daddy, big sister? What’s going on here? Well a ‘lovely’ girl lost her ‘nice’ doll and someone jealous, who absolutely wouldn’t hurt the little girl, tried to steal it. Luckily the big ‘people’ came to the rescue! Or did they?

An enormous guy who's armed to the teeth, is enjoying a can of unknown soda. Then suddenly a huge scary object comes from the ground and all hell breaks loose, at least that's what we expected.

Yes, yes, again (big) guys with a lot of (big) guns. Bit of a cliché, but this time it isn’t all about the action. Well most parts are, but we also see some free running and all kinds of customization options along with all the killing.

11. Call of Juarez: The Cartel

Modern day cowboys! Cowboys used to fight for gold, nowadays they fight for drugs, money and guns. Pack this all into one cinematic and like the comment says it “looks badass”!

He, a mysterious leader, had a dream about “the glorious future of his people”. In this dream he saw all kinds of wonderful things: from Vikings to pyramids being built. But there were also bad things: people suffering from war. This wasn’t a normal dream, this was the future of his son! Enjoy the dream.

Yes, we know this isn’t visually as nice and spectacular as the rest, but you must look at the whole picture. It’s still nice looking, but the music adds a lot to the experience. This just shows how important it is to see everything in a cinematic, not just the visual part.

You are a Templar Knight and your wife gets murdered, what should you do? 1. Grieve 2. Travel through the nine circles of hell to find her soul. Of course option 2! Let’s go save your wife's soul and give our regards to Lucifer if we see him on the way down.

Same story as above, but this time shorter and way more action packed. He doesn’t even wait for a second to strategize, so that he can successfully save his wife. Nope, he jumps right into it, into hell! 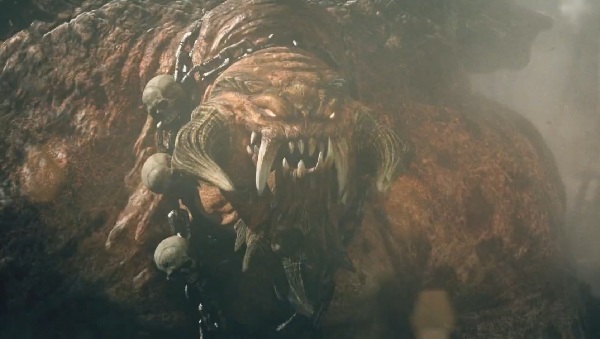 Meteor clusters hitting the earth? Hell, Heaven and earth in a massive war? Yes, but you forgot to ask about the horseman that came to balance everything out. You are that horseman and you need to take on hell AND heaven. Like hell alone wasn’t bad enough!

How many times have we seen a hero jump into a huge monster and then we need to guess what happens next. Even in this collection we get to see it two times. Why? Because it’s still looks cool and leaves you to imagine the rest. At least it also has something unique, a horse that has smoke for hair and feet that leave a trail of fire. 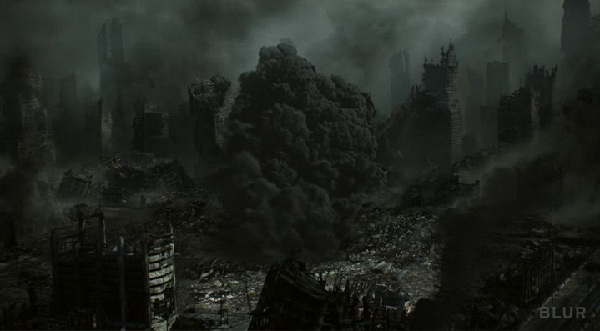 We have already seen Batman and the Joker, but this time all the other meta-humans join them in a enormous fight.

Upgraded Batman gets betrayed by his ‘friend’ Luthor. He does this by stealing a box filled with so called exobites, something that gives you superpowers, and then escapes while leaving Batman with all the bad guys.

This cinematic got a lot of attention from the media, because it was something different, something fresh. It has its own kind of style and the whole cinematic is played backwards. Yes backwards! The different media outlets even played it in the right order, but that made it just a generic cinematic.

Where do we start? Everything is just so good: It’s long, has beautiful animations, beautiful modeling, intriguing story, badass action, good music, nice special effects, everything! This certainly is one of our favorites.

A very solid cinematic. This is achieved by two things, first is the music and the voice. They support the visuals very well. The second thing is that the visuals consist of beautiful buildings, humans, demons and much more.

A pretty standard boss battle, with two super strong ‘guys’ fighting each other. Everything looks great and it’s a nice cinematic full of great action. We especially like the ending, where things get spiced up a little.

Same world as in the previous cinematic, and again it’s filled with action. It isn’t as beautiful as the previous one, but there was a two year gap between them. It’s interesting to see the differences between the two, and what can be done better in 2011, then in 2009? Let’s see.

High speed chase between a ruthless criminal and the cops, luckily the ‘hero’ detective comes to the rescue. The art style is a bit different then we normally see and it’s quite nice. This different art style combined with the action chase makes it a fun cinematic to watch.

This time a very short cinematic, but still.. Have you ever seen a stone dragon? Well we haven’t, and we surely have never seen one breathe stone shaped fire before. Then there's the great music and sound, which makes this cinematic very nice. 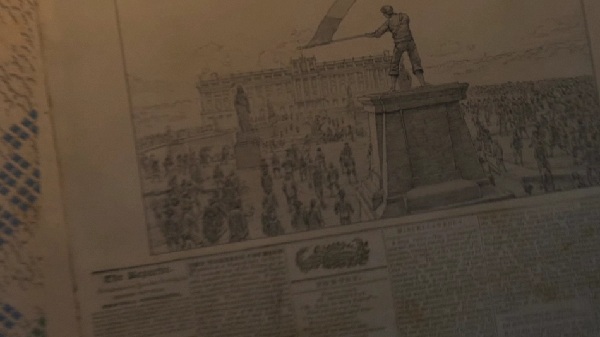 It’s war, it’s Total war. That’s what the cinematic shows, a total war. From sea to ground battles, to revolutions. And all this ‘told’ from a general’s viewpoint with excellent visuals. 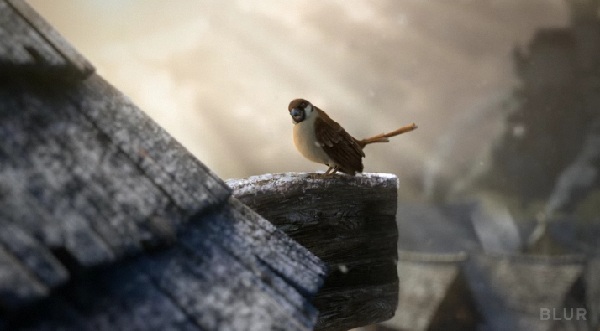 Come on the journey of this little bird and see the wonderful world of Fable through a bird’s-eye view. It even reminds us of this line of text: “I’m like a bird, I only fly away” (Nelly Furtado, I’m like a bird)

I’m like a chicken, no, that doesn’t sound too good. Well this time they changed the bird, to a chicken. This chicken escapes from its cage. From here on out it gets in all kind of funny and bizarre situations. The visuals are top notch and they make the chicken really feel alive.

To end this part of the collection, we come to something totally different. No more big guys with big guns, fighting this time. Instead we get an amazing intro in the magical world of Hydaelyn. Yes, at first everything seems a little weird, but after a while you'll wish you were in this magical place.